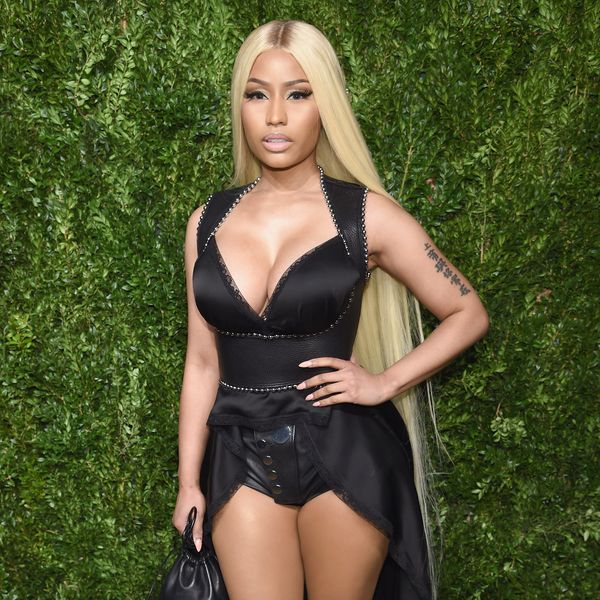 Nicki Minaj Breaks Down Talking Beef with Cardi B

Given that Nicki Minaj has well-documented beef with multiple female rappers, it wasn't surprising that rumors would arise after she appeared on Migos' track "Motorsport" with hip-hop darling Cardi B. Minaj was believed to be blindsided by Cardi B's feature, and shot the video separately to her.

With the release of her new music today, Minaj spoke to Zane Lowe at Beats 1 to put the beef to bed once and for all. You'll remember Cardi B also recently went on Beats 1, telling Ebro the fight was something the "Internet made up." "I really feel like fans and people really want to see that happen because it's really entertaining," she said. "To see people beef is entertaining."

Now Minaj has added further insight, saying she was absolutely okay with the Cardi B feature, and texted Migos member Quavo such when he asked her. She recorded her verse knowing Cardi B would also be on "Motorsport," but she's disappointed no one in the Migos camp affirmed this when the rumors started circling. The only reason she wasn't on set with Cardi B for the video shoot is because her hair stylist Tokyo Stylez, who also happens to be Cardi B's stylist, wasn't available.

Related | I Went Shopping at TJ Maxx with Remy Ma

"At the time I went on Twitter and explained how 'Motorsport' came about and people said I was lying," Minaj said. "Quavo didn't back me up. [He texted me] 'I would go on Twitter and back you up if you were my girl.' People would watch me be slaughtered and not one person will step in to tell the truth. It's entertaining to make Nicki seem like a bad guy. I still have the text in my phone. [Quavo] was the only person on "Motorsport" [at first]."

As she goes on, the Queens rapper breaks down: "Even with the scheduling conflict, she uses my hair dresser now. I texted him and said, You know if I didn't show up the day they were shooting they're gonna act like it's cause I'm being mean. Just to paint Nicki as the bad person. She's never showed me genuine love in an interview. Nicki haterade."

Listen to the excerpt, below, and stream Nicki Minaj's new material here.