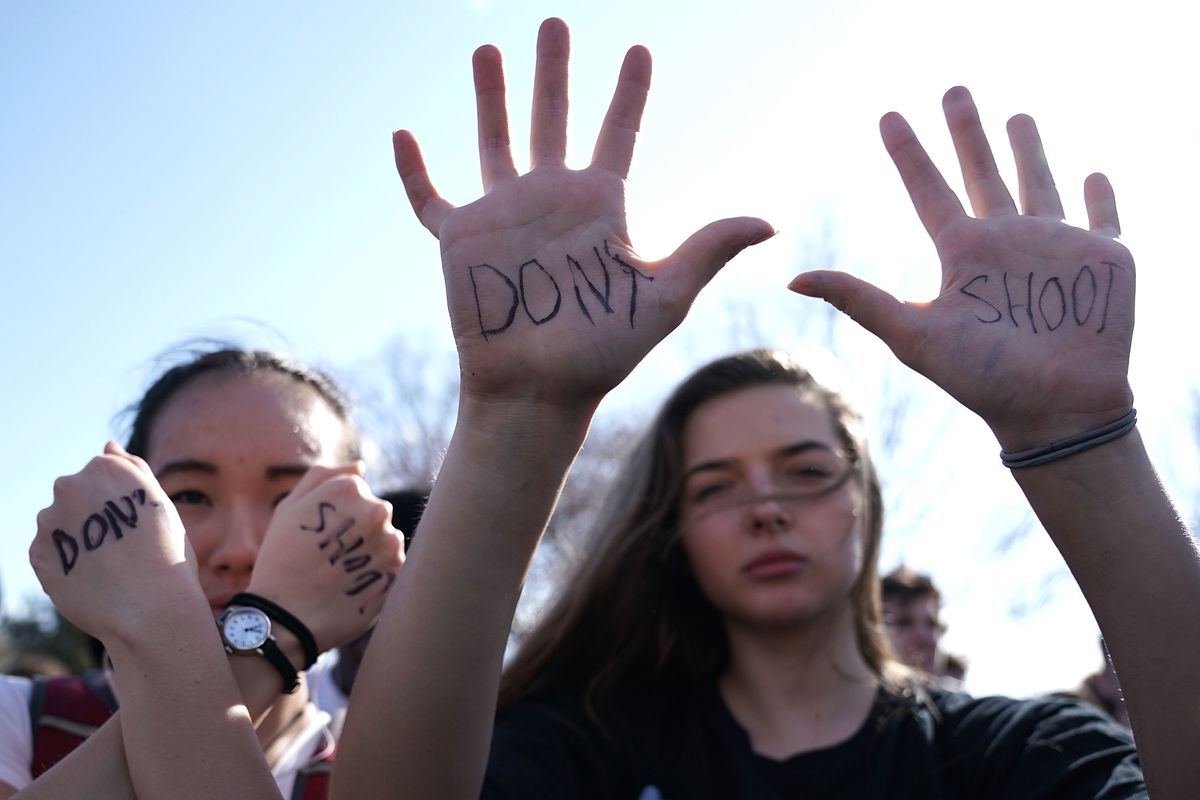 Students Walking Out of Classrooms to Advocate For Gun Control

Exactly one month ago, a horrific shooting at Marjory Stoneman Douglas High School in Parkland, Florida left 17 people dead. Since then, students from the school like Emma González and David Hogg have become vocal advocates for gun control to prevent tragedies like the one they experienced from happening again.

Today, students across the country are walking out of their classrooms as part of a national protest. The walk out, which is organized by the Women's March Youth Empower, began at 10 am EST today and will continue at 10 am at every time zone across the country. The protest lasts 17 minutes, one minute for every person killed at last month's shooting.

students walking out of Bedford Academy High in Bed-stuy (they have some classes inside the YMCA) pic.twitter.com/246wODMvJf
— Emma Whitford (@emma_a_whitford) March 14, 2018

Participants in the protest have three central demands for Congress, reports CNN. They want a ban on assault weapons, universal background checks for all gun sales, and new policy that allows courts to temporarily ban people from buying guys if they display violent behavior. The protests come 10 days before March For Our Lives, another protest in Washington DC and other cities organized by Everytown for Gun Safety.