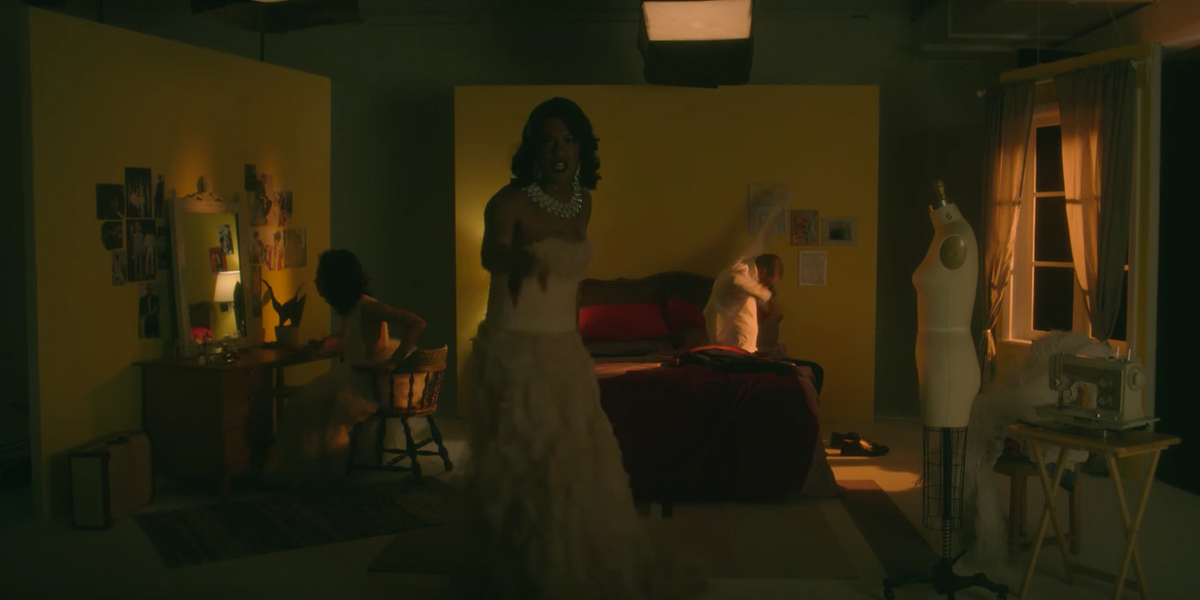 Today is the first observed National Youth HIV/AIDS Awareness Day, a day dedicated to acknowledging the impact that the virus has had on younger generations. In honor of the very important day, Mykki Blanco, who has been healthily living with HIV for the past five years, released the video for "Hideaway," the most recent single from last year's Mykki debut album.

In an interview with W Magazine, Blanco described why he made the video, admitting, "I do have some sort of responsibility to be some sort of role model." For him, the experience was "insanely synchronistic. It is really cool to create a work that has a consciousness to it—that's not only politically relevant but relevant about a subject that people still to this day are just afraid to talk about."

The powerful visual follows Mykki in his dressing room as he gets ready for a show. While applying makeup and taking his antiviral cocktail, Mykki speaks about the stigma launched at people who are living with the virus.

"When we choose to stigmatize those living with HIV, we do a disservice to our own humanity. As someone who has lived healthily with the disease for five years now, I know all too well the fear of persecution and shame—and what that can do to one's character and their life. Love and happiness, compassion, they're birthrights of the human condition. 37 million people living with HIV deserve that, just like anyone else."

The rest of the video focuses on a couple where one partner is HIV+ and the other is negative. In the story, just as in the original song, the positive partner is subjected to abuse at the hands of the negative partner, but feels trapped due to their status. It's all very heartbreaking and touches upon a very important message.