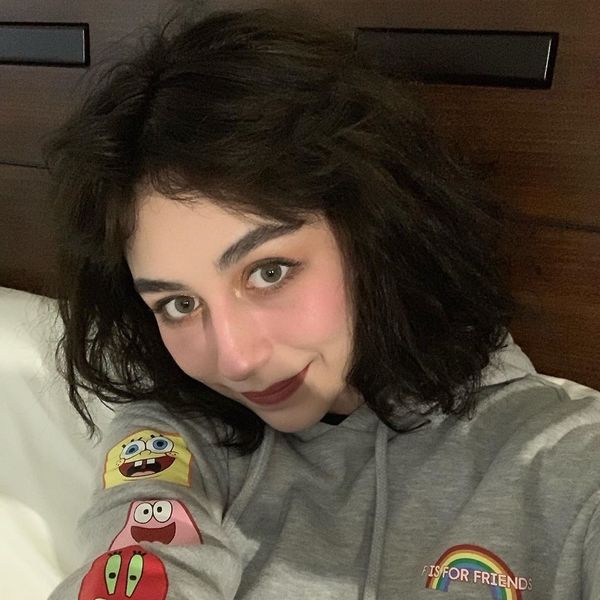 Is This the Eeriest TikTok Ever Made?

Prepare for a post-meme, post-post-irony cinematic masterpiece to rival even the most acclaimed films of Fincher, Kubrick, and Tarantino, released straight-to-TikTok. It's now picking up steam on Twitter as well, but its heart resides within the cringe-filled walls of TikTok. Enter: You're So Oily, a Muhlizzaaaa film.

Clocking in at 60 seconds in length, TikTok user Melissa Gomez has managed to create an Oscar-worthy disorienting trip through space and time, somehow addressing all of the intricacies of internet meme-making. It's almost as if the video asks you directly, "Is it worth it?" as you prepare to press send on a Twitter joke for all of your 250 followers to scroll past and maybe like every once in a while. She's hit straight to the core of the "Make 'Em Laugh" virtual slapstick culture that's pressured Gen Z-ers everywhere into do-it-for-the-Vine thought loops of "Will this or won't this go viral?" At least, that's just one man's analysis.

After being posted to TikTok for Melissa's nearly 60,000 followers, the video picked up steam on Twitter after one user felt that the video was, paradoxically, #Relatable enough to post. Another user had even higher praise, calling it the "most revolutionary" video they had seen on the app.

If you thought if this video was one-off meta comedy gold from Melissa, your dead wrong because she's got a TikTok full of fine videos that are deserving of a full ride to Tisch School of the Arts. Some personal favorites are her canceled E-boy-esque Ellen show message about homophobia and her food tampering fight scene.

Thank you, TikTok, for stepping in with the quality cinema when Hollywood has left us high and dry.