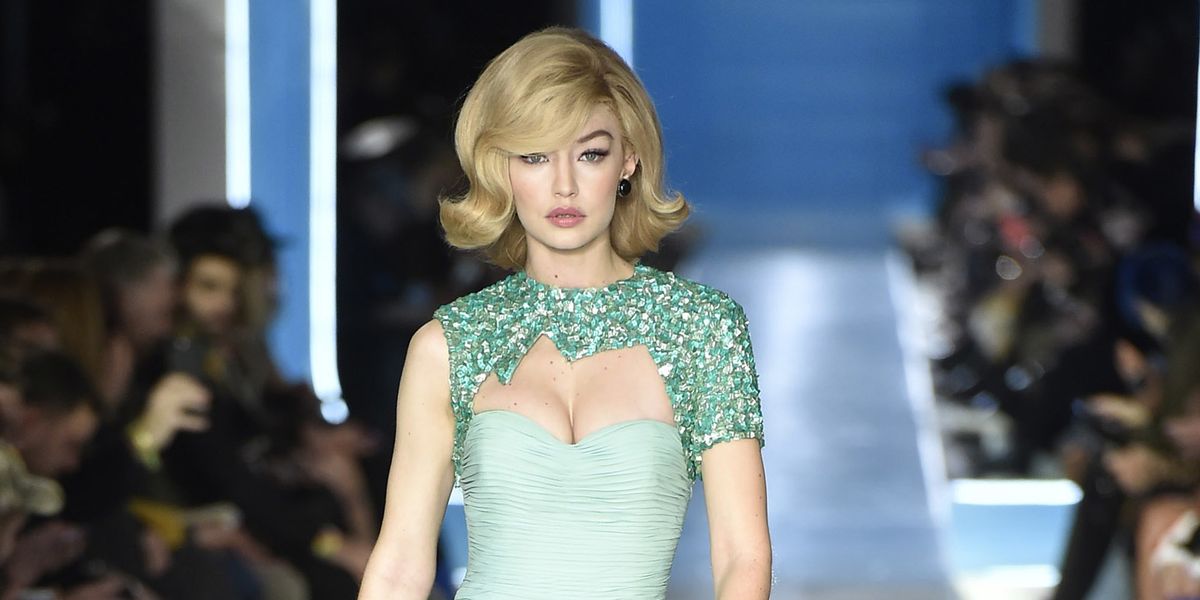 For all the glamor and magic of the '60s, a lot of pretty unreal events occurred. Among them was the confusing demise of a very young Marilyn Monroe, who was suspected to be engaging in an affair with John F. Kennedy prior to her death — who some have mused killed her after she threatened to go to the press with JFK-revealed pillow talk that aliens were real.

This very real possibility served as excellent inspiration-fodder for Jeremy Scott, who asked the age-old question: what if Jackie Kennedy was an alien? with his Milan Fashion Week show for Moschino. Models walked the runway in full body paint in various alien-esque colors (except Gigi and Bella, of course, we need to recognize Gigi and Bella, who instead received cat-eyes) and Jackie-themed wigs. There was also pillbox hats a-plenty, psychedelic and pop-art prints and Kaia Gerber.

Check out the best looks, below.