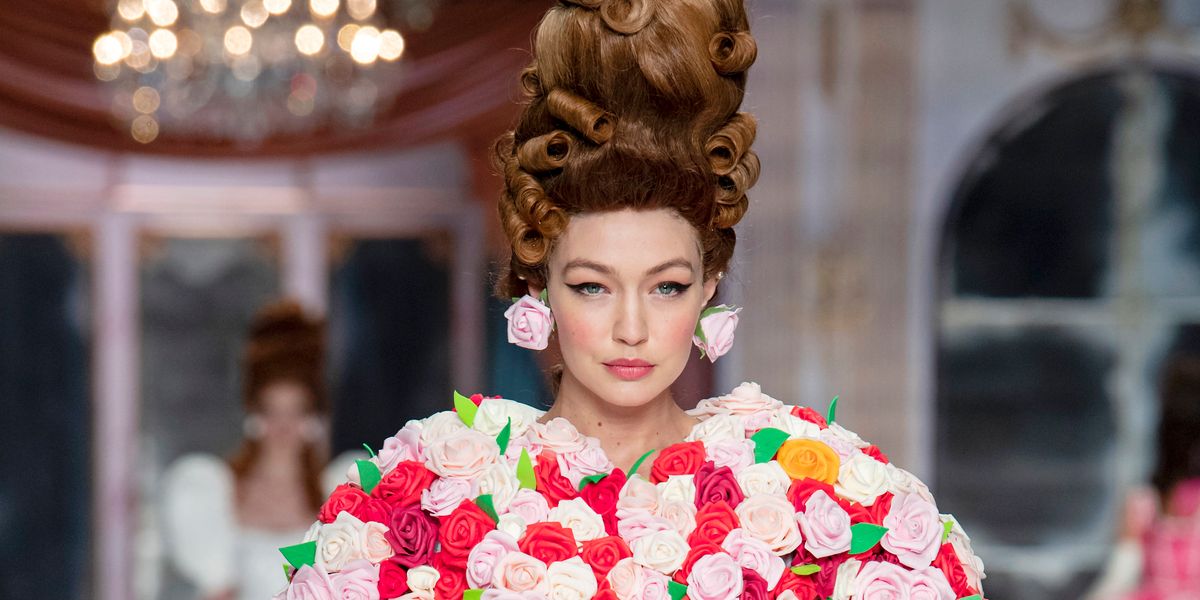 This season, Moschino's Fall 2020 runway in Milan was a stage for major names, including Kaia Gerber, Irina Shayk and Bella and Gigi Hadid. But the supermodels drew just as many eyeballs as the towering hairdos. Designer Jeremy Scott, whose inspiration merged together 18th century art and a modern punk rock aesthetic, translated the vibe into the colorful pastel hairdos for the night.

Related | Not a Single Jungle Print (or J.Lo) in Sight at Versace

Hairstylist Paul Hanlon was the talent behind these intricate wigs, which reportedly took a week to create. The muse? French Queen Marie Antoinette, whose famously elaborate bouffant has inspired countless hairstyles to come. Models emerged sporting three-foot-tall hair looks in the shades of pink, purple, green, black, brunette and blonde.

"Hair looks are characterized by extreme and very high volumes," Hanlon explained to WWD backstage. "Together with Jeremy Scott, we took inspiration from the colors of the macarons, making everything a little more punk."

To create the extremely complex looks, Hanlon started by preparing the base and blow-drying the models' natural hair, using the Ghd Helios hair dryer. Then to the wigs, which featured backcombed curling hair at its edges, he followed with a generous spray of the Final Fix hairspray. The look was completed by adding rolled hair extensions and curling certain parts of the wig with an iron.

Over at the makeup department, Makeup Artist Tom Pecheux complemented the dramatic hair with a set of dark cat-eyes, pink blush, black mascara and a colorful manicure.