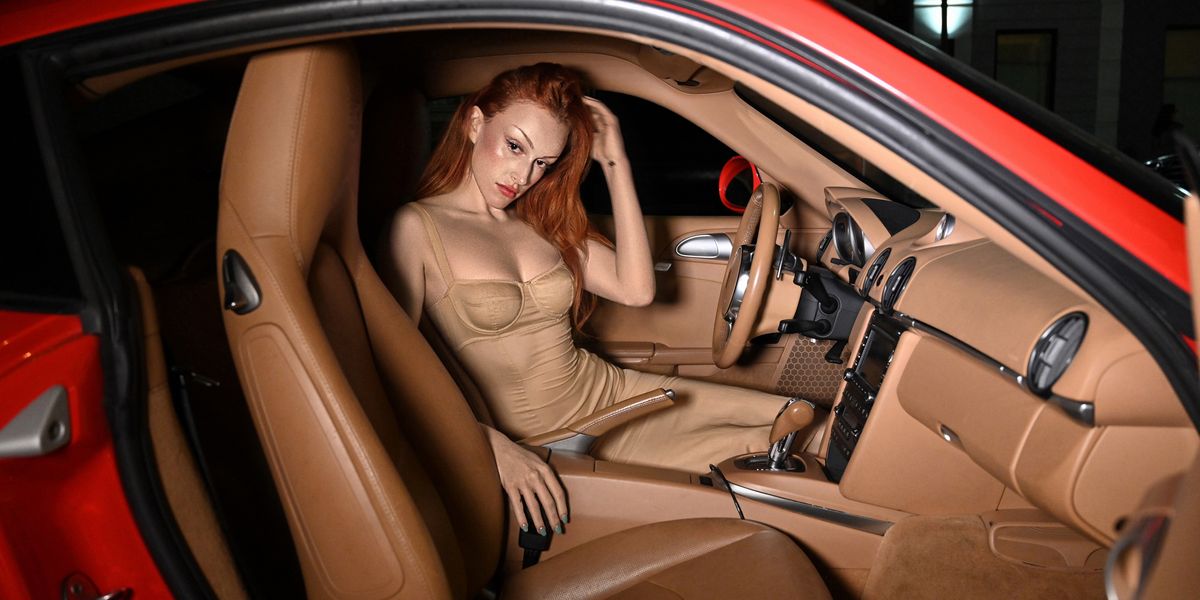 New York-based performance artist, Miss Madeline, is just your average pop star next door determined to take the world by storm. Just last month, the musician managed to grab our "Attention" with a remix featuring former RuPaul's Drag Race winner, Yvie Oddly, and now she's following it up with the music video for her latest single, "Ready Set Go."

Taking cues from Y2K-era pop stars like Britney Spears and sex tapes, the clip sees Miss Madeline cruising around NYC in a bright red sports car with some silver-haired daddy on her arm, occasionally hopping out to bust out tight choreo over a slinky house beat.

True to the TMZ archetype Miss Madeline has modeled her own persona after, she frequently nods to the behavior of iconic socialites such as Paris Hilton with lyrics like, "I've been doing this I've been 16." She says the "avant-garde vanity of a pop princess is exactly what I'm trying to capture," with references to the "spectacle of the it girl."

Drawing on her own experiences growing up in NYC, Miss Madeline adds that the inspiration for her "Ready Set Go" video came from her days in high school. "When I was a freshman, I went to prep school uptown and found myself a little out of my element," she explains. "I was giving Jenny Humphrey from Gossip Girl, but from Hoboken."

She continues, "This lifestyle was new to me — black cars, hotel room parties, nightclubs — but admittedly hard not to get swept up in and seeing it up close reveals another not so gorgeous layer."

Watch the PAPER premiere of Miss Madeline's "Ready Set Go" video and stream it, below. "I had a lot of fun making this song," she says. "So I wanted to make sure I could capture that in the video."