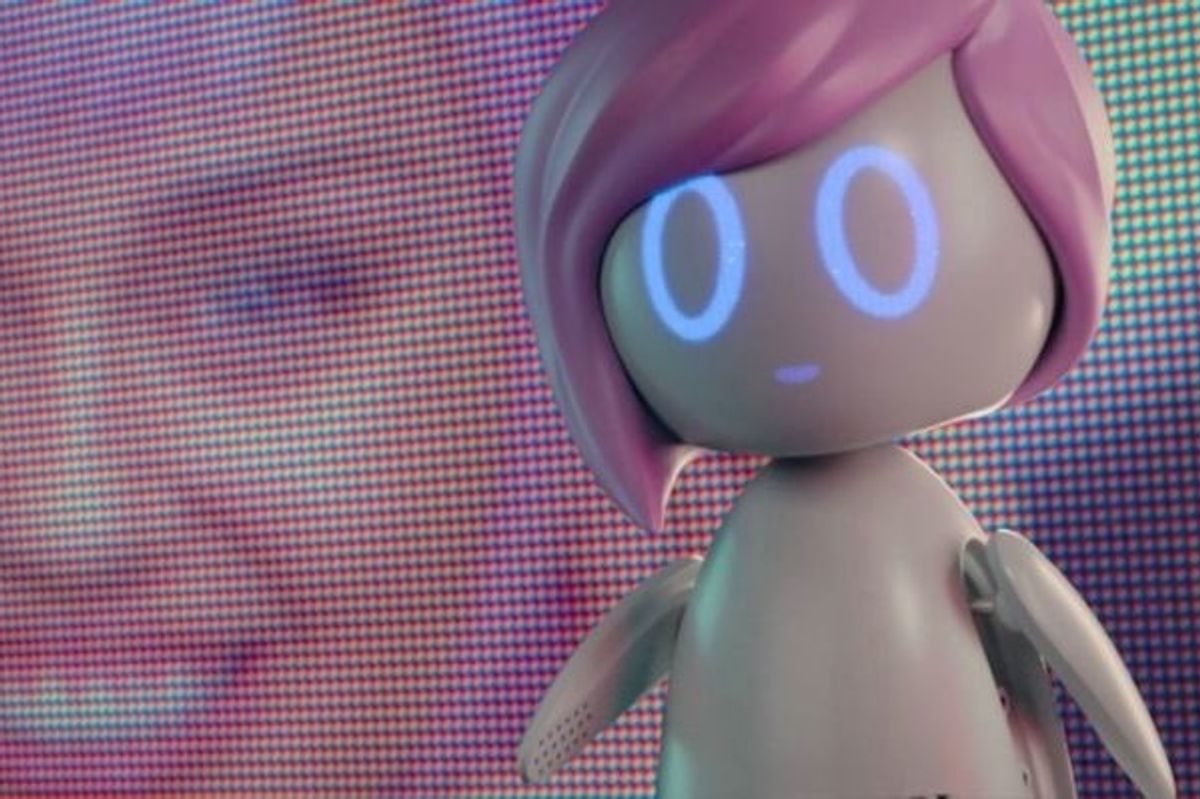 Miley Cyrus Is a Robo-Pop Star In 'Black Mirror'

Like the show's first and second seasons, season five will have three episodes, all premiering on Netflix June 5. We now have three official trailers, and, sticking true to the show's cryptic nature, we see enough to build anticipation without Black Mirror creator Charlie Brooker and showrunner Annabel Jones giving too much away.

"Smithereens" looks like a terrifying Uber driver kidnapping scenario, and "Striking Vipers" seems to be a deceptively lighthearted tale of a young couple who is growing apart for reasons not yet disclosed. It all appears chilling and strange, as we've come to expect from the dystopian show.

Another crack in the highly polished Black Mirror comes in that Miley episode, though. Miley plays a pop star in a lavender bob whose "charmed existence isn't quite as rosy as it appears," according to a synopsis. The trailer opens with her introducing Ashley Too, which sort of looks like an Alexa in tangible form and is supposed to be something of a digital companion, until it... possesses a young teenager? Spooky! Watch all three official season five trailers, below.