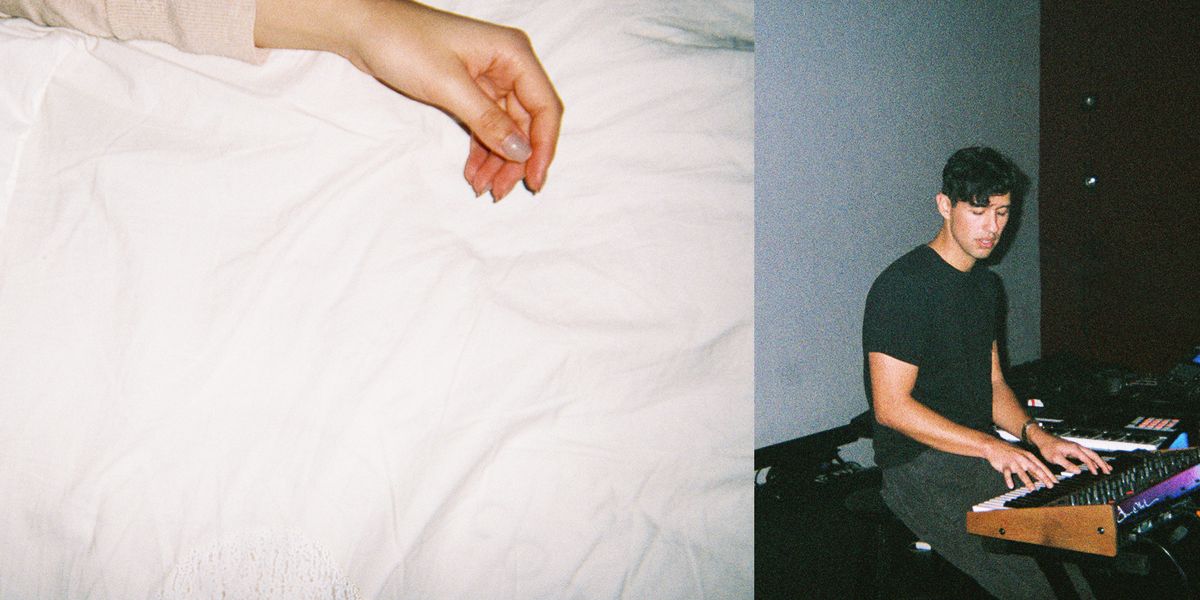 For most artists trying to achieve popularity in today's overpopulated music landscape, doing tons of press is typically part and parcel of the career-making process. Make an album, give 10 interviews, drop a track, do a photoshoot, release a video, create a clothing collab, and above all, maintain a pristine (and engaging, and constant) social media presence.

Michl is the rare modern musician whose opted out of this system almost entirely. He's managed to cultivate the sort of following many artists would kill for off the strength of a 6-song EP and a handful of one-off tracks. His latest record, "Better With You," has picked up plenty of press on its own. Produced by another cult-favorite, British producer and songwriter Mura Masa, the soulful track is equal parts pop, electro and slow jam.

With a three-part art film on the way this spring, the LA-based Michl granted PAPER a rare interview to chat about his music, influences and why sometimes mystery is preferable to overexposure:

You've had such an organic response to your music with basically no press.

Part of the whole no press thing was to see if the music could resonate solely on the music. It's been really cool to have that. I'm trying not to do a regular push with music in a normal fashion. I'm not an outgoing person, I'm not trying to get a spotlight on me naturally, so it was more of a natural way for me to do this, as well.

So now are you coming out a bit more and trying to share more of yourself with people?

It think I'm not as worried about it now. I'll probably still be kind of reserved in a lot of ways, but as far as showing my face or whatever, I've never really been worried about that. It wasn't a thing for me, it was more like a natural thing for me to have something released that is less of me and more to do with music. And now, I think that people are just connecting with music, they're naturally just wanting to know more about me. And I'm fine to do that, but there still will be more of a reserved fashion.

When you perform live, what does that look like?

When I did my own tour, I actually released this short film, which was like seven minutes that I co-directed and shot all in my hometown of Riverside. So when I went on the road, I brought a projector and I pretty much treated it as an art installation. I edited the film so it was a 50-minute fluid film that would play with the music. And I was pretty much the conductor of the film. I would play in the dark and film with silhouette me.

I've always made music. Like since I was a kid, and I didn't actually think I was going to do music for a living. That was never really my goal. I went to school for architecture and I would put music online with even less information than with my project now. Someone heard it, and it gave me the confidence to play. And from there, after I graduated, it was hard to find a job. And I thought, well fuck, if I'm going to be homeless and without a job I might as well try to make music. I gave myself a year, and now it's been way more than a year since I started doing music.

What year was that?

I started doing music full-time in 2010. I was kind of a writer for a long time, a songwriter for other people. And now, releasing this project was kind of my chance to actually do what I wanted to do.

When you say you gave yourself a year, what was your benchmark for whether you keep going or not?

I always said if I ever felt like I was taking a step backwards. No matter how small the step, as long as I felt like I was moving forward in anyway, I would keep going. If i felt like I was stagnant or not excited, I won't do music. I won't touch the keyboard for months if I don't feel like it. I still feel like that right now. It's never really been about success or fame. If I don't feel excited, then I don't need to be doing this.

And that so far hasn't happened, I'm guessing.

No, not yet. I'm still here making music, so it's been a good journey. I'm super grateful for being able to do what I do, I just feel lucky. But we'll see what the future holds.

You have some really cool collaborations already, can you tell us about who else you might be working with?

Yeah, the Mura Masa thing was pretty natural, because I toured with him. He was the first tour I did, and we've been friends since we played together. I always bugged him and told him if he had any songs to send them over, so he had this track laying around and I agreed to write to it. And then I'm working with John Calvert, he's London-based and we're kind of in the same circle. And then Louis Hughes is another producer that I work with. He kind of is like an old friend at this point. We're going to be working on some new songs, and then I'm also bringing in a couple other producers that I can't say just yet.

Which role do you prefer, producing or writing?

I think writing for me feels like my strongest point. I've always felt like my strong suit is as a lyricist, and my personality is a person as a songwriter. Producing is not my first choice. But sometimes I will just produce a full song and won't let anyone else touch it. And if I'm not feeling inspired, I'll let somebody else touch it. But lyrics are always me, 100% me.

Who are your influences and favorite musicians right now?

One of my biggest influences in general is Lauryn Hill. I've been listening to her since I was a kid and her CD was the first one I bought; I saved up all my chore money. And then there's Frank Ocean, who I feel is an offshoot of Lauryn Hill. I'm a big Motown fan. And I'm just big on songwriters, Smokey Robinson, Paul Simon.

Did you grow up in a musical household?

Yeah, my dad is from Mexico and he has a huge family. And everyone is musical, he has six brothers and they sing a capella in six churches. And then we have mariachi cousins, so an extremely musical family.

What's their response been to you in music?

My family's been probably my biggest supporter. They've always believe in me in my way to music, and just about everything I've done. I thought I was going to be a professional athlete when I was younger, and they probably would've supported me in that as well, but I kind of figured out when I was younger that I'm not that good. I think they are definitely my biggest supporters. They come to every show that they can, and from day one they always believed in me.

That's so important when you're trying to do something creative.

Especially because from the beginning as going into being a full-time person in the music industry, it's been not fun or easy. Just eating grilled cheese everyday for lunch for years; it's definitely a long process.