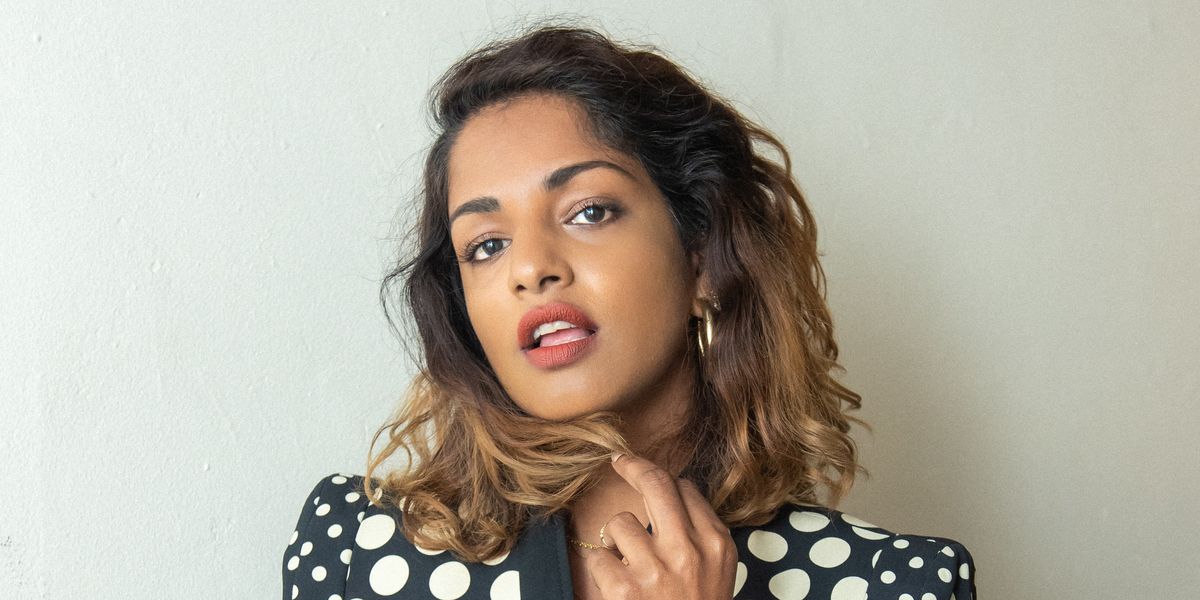 The story of UK rapper/pop icon, M.I.A., is one that has to be seen to believed. A Sri Lankan refugee and daughter of a former member of the resistance fighter group, the Tamil Tigers, Maya (born Matangi) Arulpragasam's meteoric rise to fame is the story of an innovative self-made artist who used her microphone to "say something."

The new documentary Matangi/Maya/M.I.A., which is currently available on demand, looks to tell that story. It follows the musician's journey from immigrant to pop star through never-before-seen home videos and tour diaries M.I.A. filmed herself. As a part of the film's release, M.I.A. has dug deep into her old archives to dust off a previously unheard song and music video. Originally recorded before her debut album, Galang, in 2004, "Reload" was the product of M.I.A. and Elastica's Justine Frischmann experimentation with a Roland 505 beat machine.

Shot on a handheld camcorder in Frishmann's basement, the endearingly low-budget music video for "Reload" features pre-M.I.A. Maya and her friends Rudy, Marsha, and Deborah dancing around to the track. For what it lacks in production quality the video more than makes up for in heart. The beginnings of M.I.A.'s badass take-no-shit attitude shine through commanding your undivided attention at all times. "Reload's" wonky beat and blistering flow also serve as a rough sketch for mega-hits like "Paper Planes" and "Bad Girls."

Watch the newly unearthed video for "Reload" below and watch Matangi/Maya/M.I.A. on iTunes now: