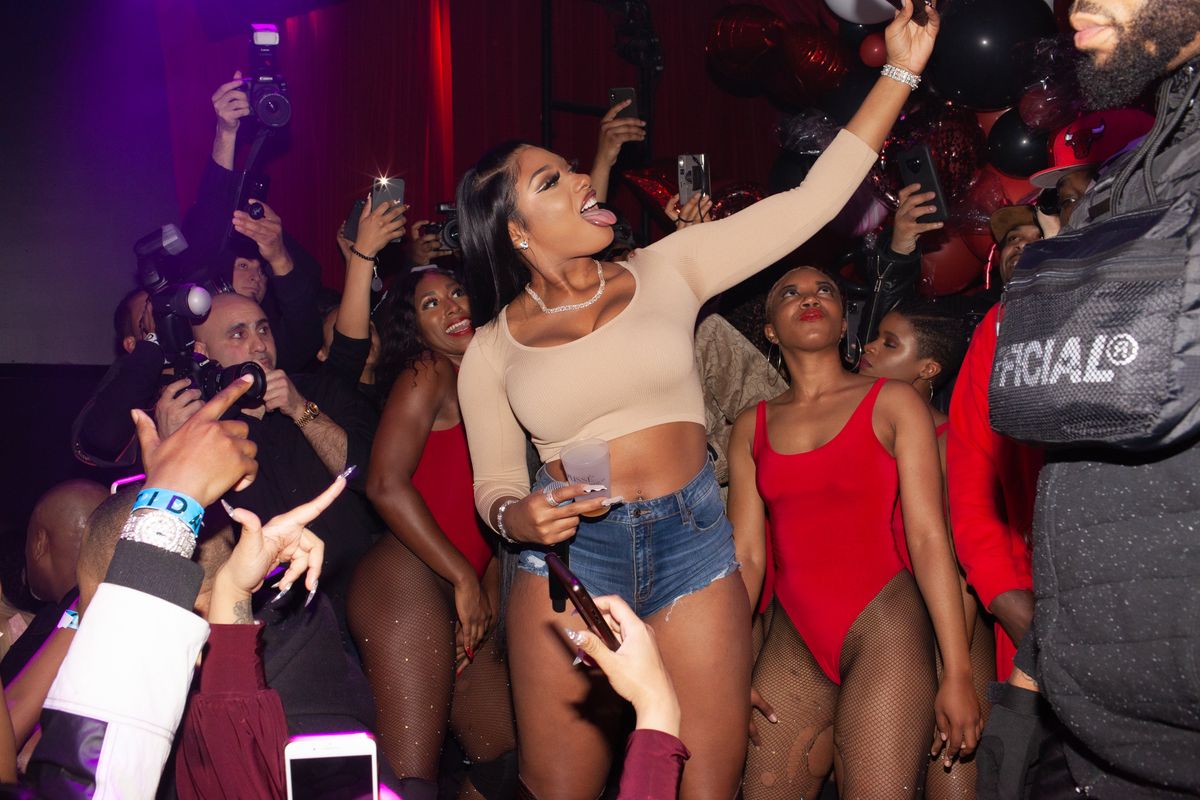 Have you listened to Suga yet? The Hotties already know every word.

Megan Thee Stallion's infamous fanbase (anyone can be a hottie) hosted one of her legendary fan-only parties last night in New York at the Public Hotel. Officially known as the "Ain't Shit Sweet Hottie Party," the show celebrated the triumphant release of Suga, which dropped out of the blue last Friday, after Meg says she had to sue her label to get the album out.

Meg brought Suga's bangers — like ode to curved dick "Captain Hook," bad girl anthem "Savage" or retro throwback "Hit With Me" feat. Kehlani — to the stage, in one her first ever performances of her new material. With bottles of D'usse circulating through the crowd, an ice sculpture of Suga's tongue-waggling cover, and classic Meg quotes like "It's 2020/ I ain't finna argue 'bout twerking" emblazoned on the walls, it was a glorious celebration of hot girl shit.

PAPER was there to capture all the hottie madness.