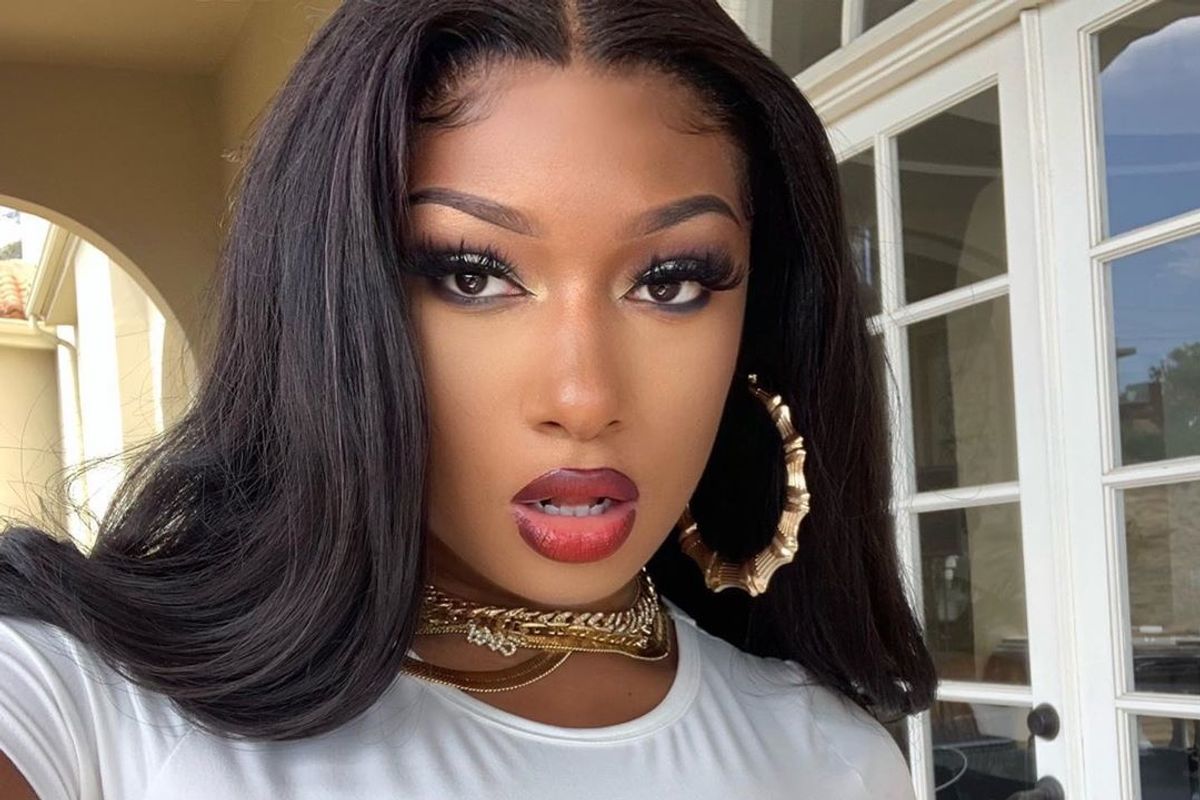 Steampunk desert chic is officially having a moment — lest we forget the Fury Road Pride parade that was Lady Gaga's "Stupid Love" — because Megan Thee Stallion just took the world back to 2015 with her Mad Max: Fury Road-inspired BET Awards performance. Who knew that you could still film "Savage" TikToks in the apocalypse?

Quarantine be damned, Megan Thee Stallion might not have gotten to take center stage in front of an audience for her big BET Awards performance, but she still shut down the show with her back-to-back rendition of "Girls In The Hood" and "Savage." Set in a sepia-toned desert, Megan and her posse have their engines revving from the get-go, zooming through the dust and twerking into splits. The performance, despite being pre-recorded and edited, still manages to evoke the same raw emotion of Megan's live show, with a live drum kit and ripping electric guitars playing throughout.

In addition to bringing down the house with her Mad Max-inspired performance, Megan also took home the award for Best Female Hip Hop Artist, a category that had Stan Twitter biting their nails in preparation for all day yesterday. Cardi B, Doja Cat, Lizzo, Nicki Minaj and Saweetie were all up for the same award, making the competition fierce between Bardi Gang and Barbz alone, but ultimately, Meg's Hotties prevailed.

It was all love across the Standoms, though, since Barbz also took home a win for the Queen of Rap and Megan with the Viewers Choice Award for their Ty Dolla $ign collab, "Hot Girl Summer." It was truly a defining night for the rising star, marking her first big performance since her "Savage" remix with Beyoncé went number one on the Billboard Hot 100. Watch the full performance below, and stream her newest single, "Girls In The Hood," below.