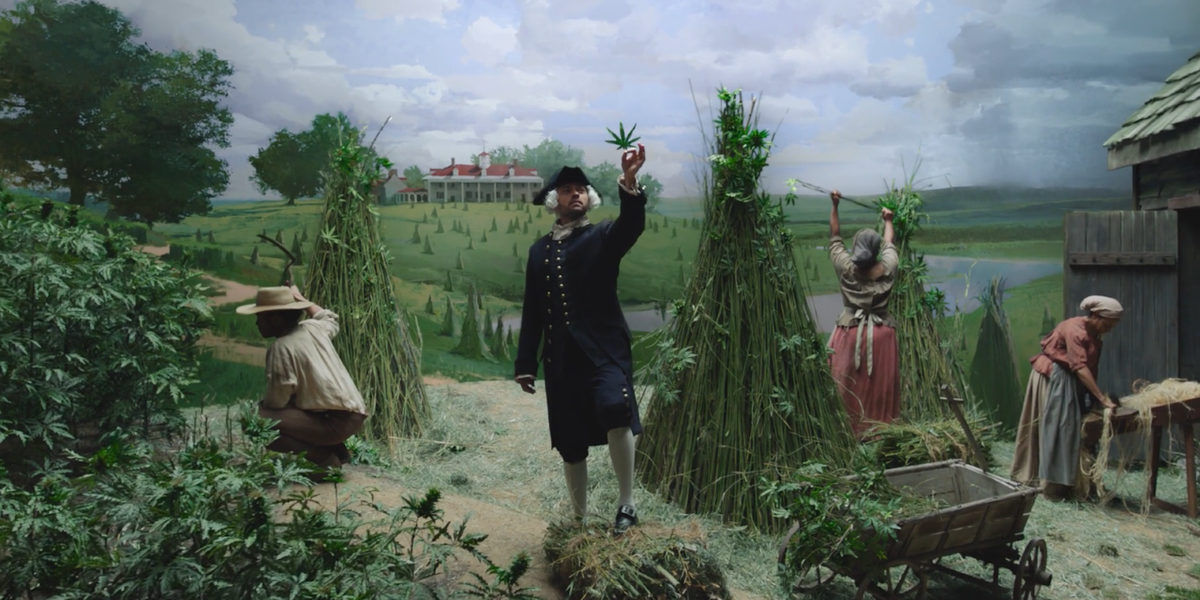 As part of its marketing campaign, The New Normal, the two-minute short reflects on the history of cannabis use in America dating back to the pre-prohibition era. It also mentions George Washington's hemp farm. Citing years of criminalization of the plant along with the stop-and-frisk routine, the campaign takes a social stand against the highly debated issue. The commercial further sheds light to the racial injustice associated with cannabis where people of color have been unfairly targeted and incarcerated for years by local police authorities.

"The highly selective criminalization of one plant, with flagrantly harsher punishments for one community, must be acknowledged and left behind for something more reasonable, realistic and fair," Williams said. "It's pretty clear that Americans are ready to exist beyond a few inherited hypocrisies. We deserve the opportunity to make this right. We can do, and feel, better."

Although attempts have been made to legalize marijuana use across the country, the process has been slow with several arrests made in the last year itself. Much of the commercial's premise is set up to draw comparisons between the history of marijuana laws in the country and dysfunctional couples.

"When I read the premise about telling the story of the history of cannabis and our country, there was something that moved me about it," Jonez said. "I apologize for using such a 2010's word, but it felt healing to me. I didn't know much about the specifics of the history, but as I learned about it, I felt like it was a story of a very dysfunctional couple. The relationship started in such a healthy place, with even our Founding Fathers having hemp farms, but it got so tragically messed up in the 80 years of prohibition that we couldn't see straight."

Adam Bierman, MedMen's CEO & Co-Founder, continued: "Cannabis is part of our country's history. We've moved away from the propaganda of the past and into a world where cannabis is the new normal. We want this commercial to educate and embolden in equal measures. This is our opportunity to make a statement on a national stage."

As part of the campaign, Williams will also appear on the cover of MedMen's magazine Ember, out this spring.

The New Normal is now streaming across YouTube and MedMen's website. The company has also scored spots on Connected TV networks like Bravo, Oxygen, MSNBC, Lifetime, and Food Network along with radio spots on Sirius Xm. You can also expect to see the ad pop up across hundreds of movie theaters in California, Nevada, and Michigan.