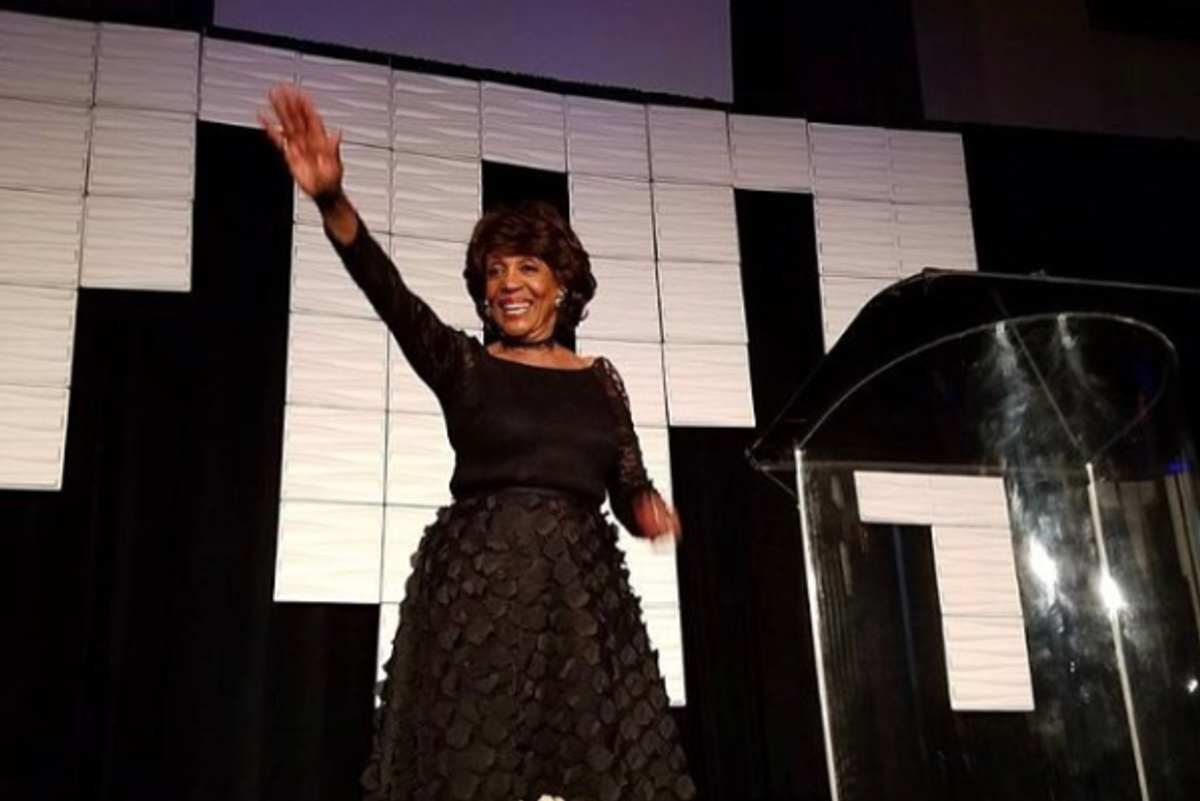 Maxine Waters Leading an "Impeach 45" Chant Will Make Your Day

Congresswoman Maxine Waters has been one of the most vocal opponents of Donald Trump since the day he took office last November. At times, it feels as though she is the only person in Congress willing to take on Trump, and especially to call for his impeachment. As the keynote speaker at the Women's Convention in Detroit today, the 79-year-old congresswoman let us know that she is still very much in the fight. After being honored by U.S. Rep. Debbie Dingell and several other activists including Leangela Davis, Women's March organizer Carmen Perez and Emily's List President Stephanie Schriock, Waters took the stage to call out sexual assault against women and to call on women to stand up for themselves.

"This president has no respect for women," Waters said, emphasizing that women "aren't going to take it anymore," and that anyone trying to divide the women's movement can "go straight to hell." She also spoke, to raucous applause, of how Trump "stalked" Clinton on stage at the third presidential debate, a moment that Clinton has spoken about since the campaign with regret. "Remember what Hillary should have said: Creep, get off my back!," Waters said, as a reminder to us all to call out harassment, assault and sexual violence when we see it.

Waters ended her speech by leading an "Impeach 45" chant.

"It was so powerful to hear thousands of women chant 'impeach.' I'm still shaking," Laura Chapman of Vermont told the Detroit Free Press.

Here's to you, Maxine.