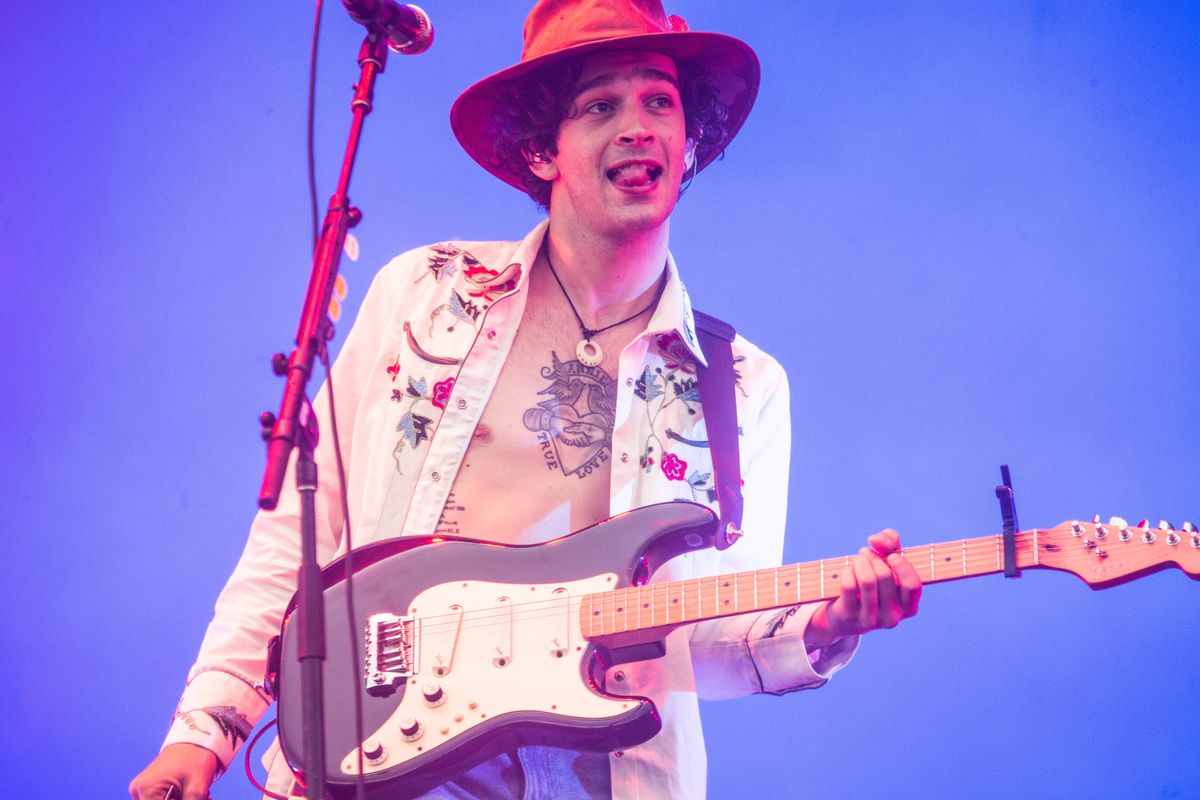 The 1975's Matty Healy, always an ally, kissed a male fan on the lips during the band's Dubai concert last night in order to protest anti-LGBTQ laws in the UAE. Social media footage shows him going in for the kiss then asking the crowd, "We're all human, right?"

The UAE is notoriously homophobic; sodomy is punishable by up to ten years imprisonment. In the past, both lesbian and gay couples have been jailed for displaying affection publicly in Dubai. In 2017, a trans woman tourist was sentenced to a year in prison for "imitating a woman" in Abu Dhabi.

Related | Watch The 1975 Call Out Misogyny in Music

On Twitter after the show, Healy noted that he might not be allowed back in the country after so flagrantly mocking its laws. But, he added, "We'll see." The musician often uses his massive platform for good, having donated to LGBTQ causes in the past, spoken out against misogyny in the music industry, and helped raise awareness of climate change by featuring Greta Thunberg on new album Notes On A Conditional Form. While stopping short of labeling himself bisexual, the singer has stated that he's attracted to men as well as women.

Related | Should Musicians Charge for Meet and Greets? The 1975 Say No

Appropriately, Healy chose his moment during a rendition of "Loving Someone." The kiss goes on for longer than you'd think, and luckily the random dude appears to enjoy it, although some fans are now concerned that he could be prosecuted by local authorities for engaging in a homosexual act on camera.