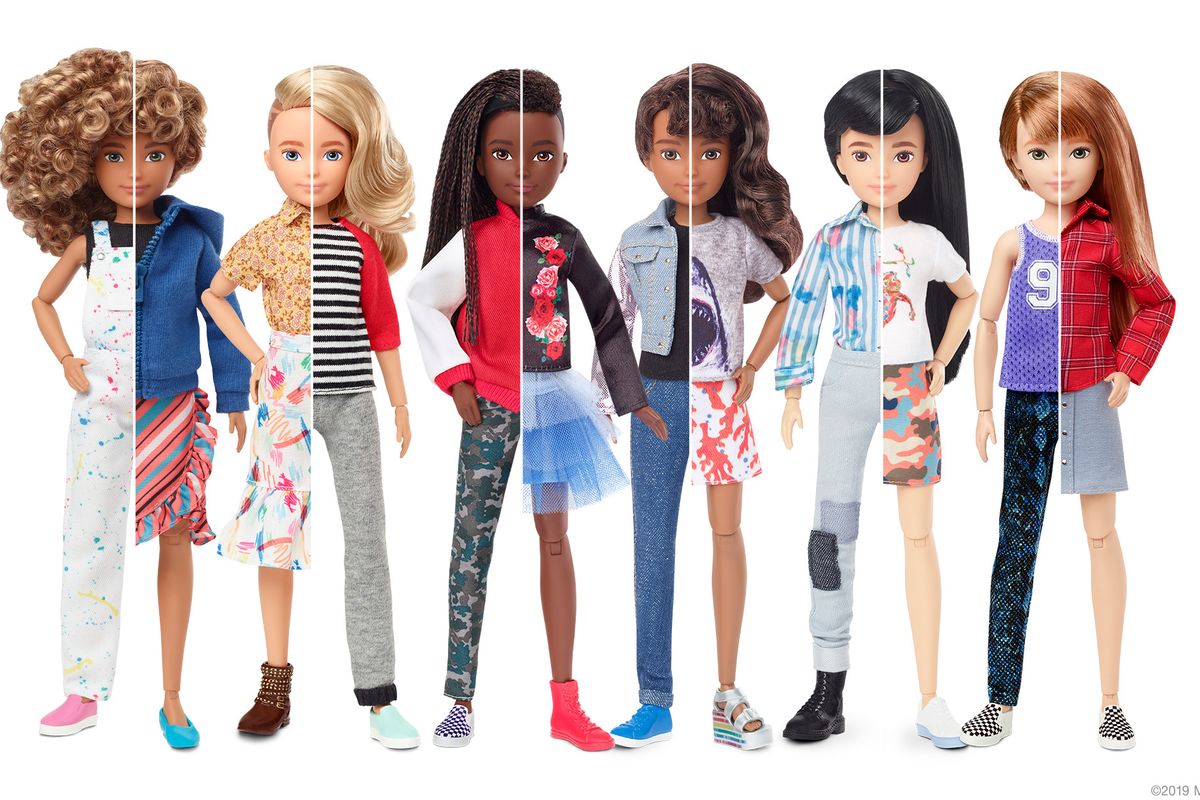 Mattel, home of Barbie, just released the world's first gender-neutral doll. As "a doll line designed to keep labels out and invite everyone in," the "Creatable World" dolls will be offered in diverse skin tones and will come with a range of masculine and feminine styling options, allowing kids to mix-and-match as they wish.

Children's toys have long been a battleground of enforced gender rules and inequality. In recent years, Mattel has responded to broadening cultural conversations by slowly but surely shattering the "boys like blue, girls like pink" binary.

In the realm of size diversity, Barbie, a symbol criticized for promoting unrealistic standards of beauty, was previously offered in three different body types: "tall," "petite" and "curvy" back in 2016. Last year, Mattel also discontinued classifying toys in "boys" and "girls" categories, instead opting for gender-neutral descriptors.

"Creatable World" is another effort by Mattel to respond to the changing perceptions of gender in younger generations. According to Vice, Generation Z, which encompasses youth aged 13 to 20 years old, is now more gender-fluid in its expression than ever. Other big brands and retailers, like Zara with their "Ungendered" collection in 2016 and H&M's unisex "United Denim" capsule in 2017, are also trying to appeal to a young consumer base with different ideas of what gender means.

All in all, Mattel's new dolls are a win for nonbinary visibility sure to make kids — and adults! — across the world feel more seen. Learn more about the dolls and their various customization options at creatableworld.com.