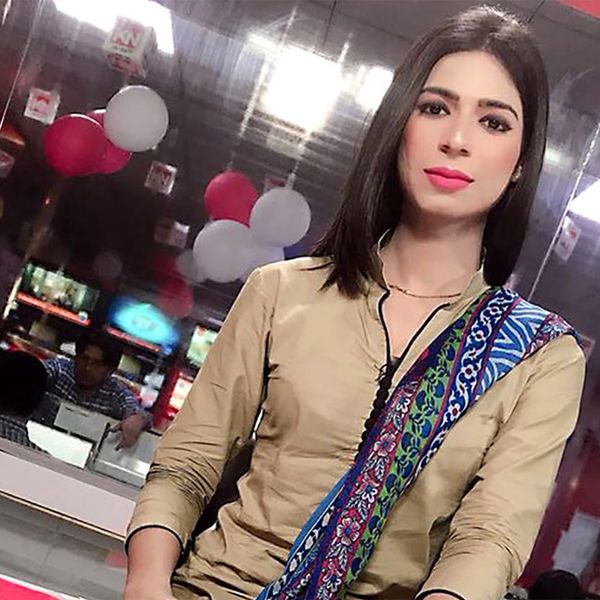 On March 23, history was made for the Pakistani transgender community: the first (and only) transgender anchorwoman made her debut on primetime TV screens all over the South Asian country. However, although Marvia Malik just broke major barriers for transgender people within the conservative country, she says that there's a lot more work to be done.

"I am a journalism degree holder, but I faced the same difficulties [as] the transgender people who simply beg or dance in the streets," Malik told VOA. "Like other trans people, I did not get any support from my family. On my own, I did some menial jobs and continued my studies. I had always wanted to be a news anchor, and my dream came true when I got selected."

Her employer and owner of Kohenoor News, Junaid Ansari, also spoke to VOA, noting that Malik was chosen for the job solely based on merit over trying to make a statement. "They are human beings, too, and they should be treated with the dignity and respect they deserve," he said.

Pakistan seems to be gradually heading in a more accepting and progressive direction for their 10K+ transgender community. Just weeks prior, Pakistan's Senate approved a bill for the protection of transgender rights, which will ensure employment opportunities and easy installment loans for transgender people. But, it's still a heated debate in the country, especially since many community members are stuck in traditional, outdated views.

We're positive that the work of Malik and other transgender figures within Pakistan will make international marks in the uphill battle the community faces for equality. Keep on slaying, Marvia!