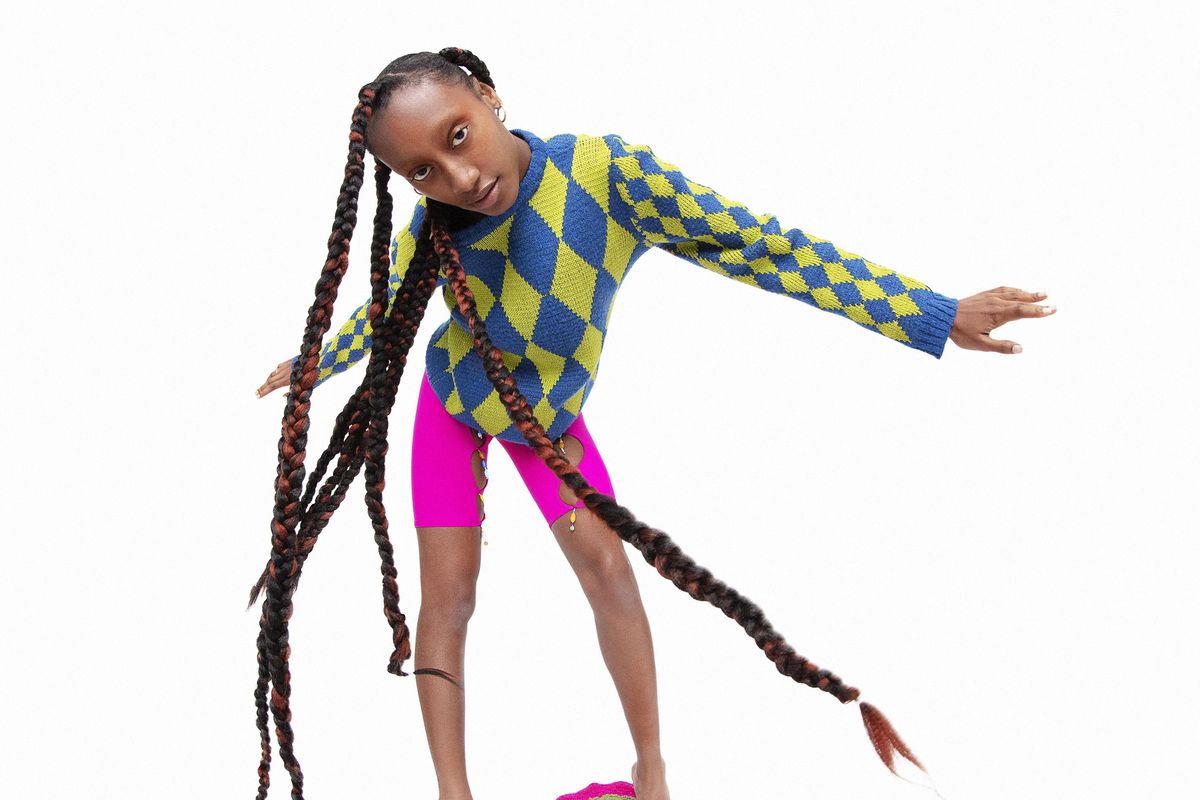 Launching a fashion brand during the early part of a pandemic can seem like an incredibly daunting task, but for Marshall Columbia, the extra time allowed him to completely devote himself to his namesake label after months of making a few things here and there when he wasn't busy with other projects. (He's spent the past few years working in costume design.)

"I was able to build my website myself, and start making stuff in my apartment, and unemployment definitely helped with that," he tells PAPER. "I just started posting stuff on Instagram and then I guess the reception was really good, so this year's actually been really good for me and my brand. It's been hard, as far as being relatively stunted sometimes, but other than that it's been really beneficial."

The Brooklyn-based designer, who moved from Denver to study at the Fashion Institute of Technology, has quickly amassed a cult following thanks to his buzzy glass-beaded plush purses that constantly sell out on his e-store. He's also developed a signature visual vocabulary based around trippy neon ready-to-wear, sexy cut-outs and playful knits.

"I get a lot of my inspiration for my work from when I was younger as I used to be really into doing crafts," he says. "I would invite my neighborhood friends over and we would just make crafts. And so I still do that, I try and be crafty with beads and things like that, and so that's where the bags came out of."

The childhood inspirations and naive sensibility are perhaps best reflected in the brand's logo: a blown-up flower wrapped around a smiley face, which cheekily show up on the crotches of jeans.

His work has already caught the eye of celebrities like Miley Cyrus, who recently donned a full beaded suit from the designer for her Backyard Sessions performance, and Hunter Schafer, who carried the green plush purse in a recent IG pic. For his next act, Columbia wants to slowly build a more complete and accessible wardrobe offering as his brand gradually evolves.

"My next goal is to make a bigger collection than I have before, because usually it comes out in little collections of six to eight looks, but I want to work on my Winter '21 collection and explore menswear and different sizes," he says. "I think that has always been something I wanted to do, I just couldn't necessarily afford to. It builds on what I've already been doing, but I've always had the vision for my brand to be as inclusive as it can be."