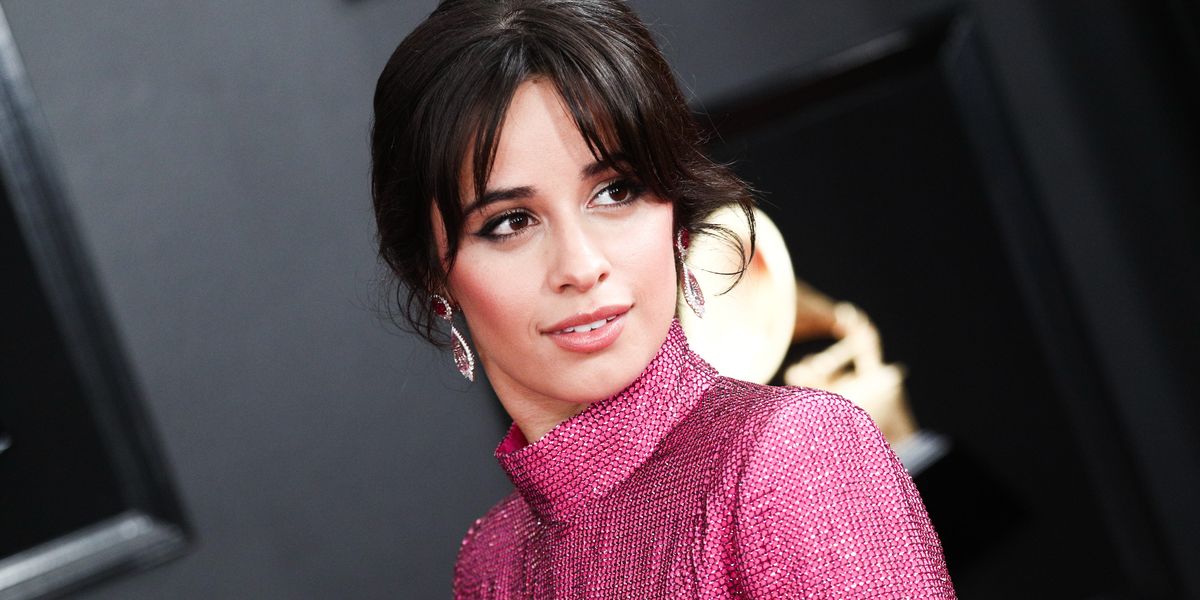 Just the names "Mark Ronson" and "Camila Cabello" in the same sentence deserve pop chart reverence. The duo have teamed up on a track that's far exceeded expectations, though, and is headed straight for summer anthem status. "Find U Again," the latest single off Mark Ronson's new album, Late Night Feelings, is a sparkly disco-pop earworm for the lovelorn souls of summer.

In a way, "Find U Again" shows off a side of Cabello that we've never heard before — where her other pop tracks have been fused together with trap drum kits and Top 40 tones, "Find U Again" challenges her voice with its instrumentation. Far from a Fifth Harmony track, or even a song off of her self-titled debut, her collab with Mark Ronson shines alone. In just under three minutes, Cabello is tasked with transforming her voice from ballad-like in the chorus to fitting a more bubblegum pop cadence in the verses, singing in a pitched-up tone, "I messed up to the third degree/ This crush is kind of crushing me."

Late Night Feelings, the fifth album from Ronson, is scheduled for release in just a few weeks on June 21. Cabello has also been teasing new solo material, but not much news has surfaced other than a few cryptic tweets. Late Night Feelings, however, is slated to have several other powerhouse collaborations in addition to the Cabello-led "Find U Again," namely a King Princess-featuring song called, "Pieces of Us," that has fans in a tizzy.

Ronson has posted several clips of the songs to his Instagram, but they're so short that any stan won't be satisfied for long. Until the 21st, though, "Find U Again" should keep Ronson and Cabello fans alike at bay.