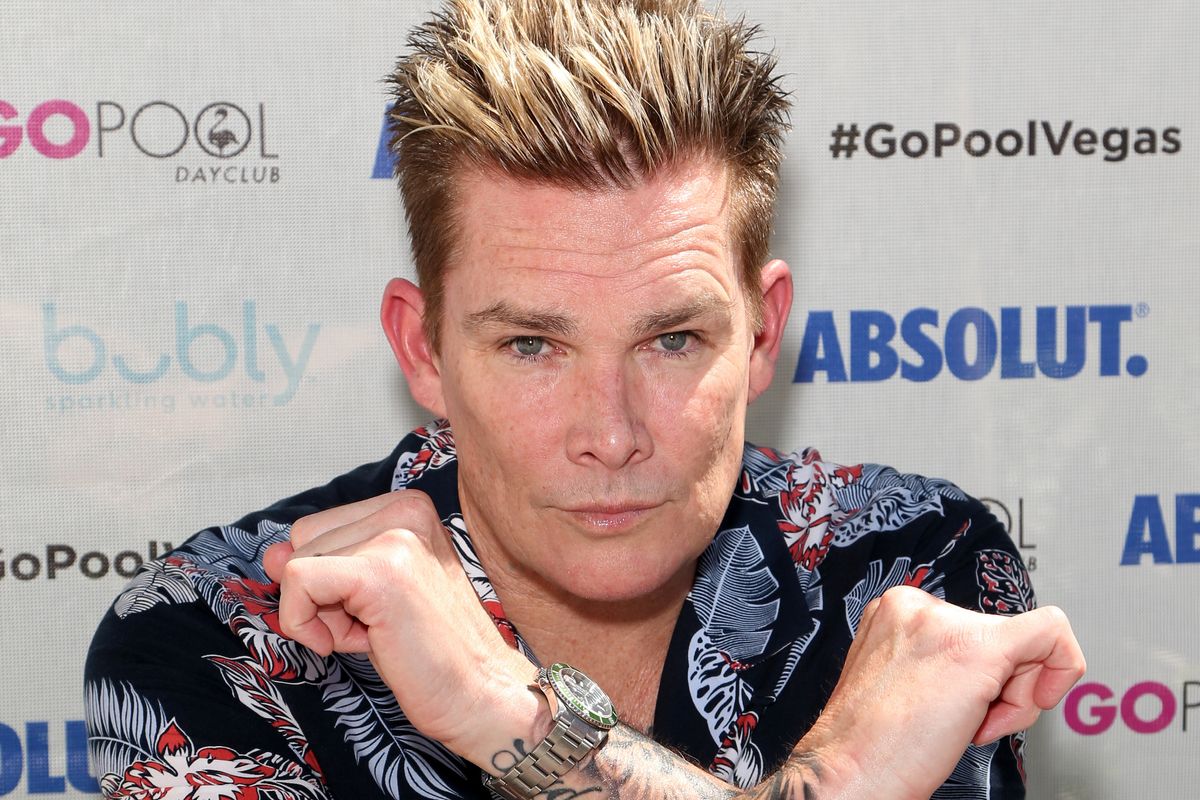 The Guy From Sugar Ray Should Dump All Our Boyfriends

Breakups are never easy. They're messy, full of complicated emotions, and, no matter how hard you try, someone always gets hurt. From straight-up ghosting to reviving the baroque art of letter-writing, there is no limit to the creative lengths some folks will go to avoid confrontation. Including, as it turns out, enlisting the help of Sugar Ray frontman Mark McGrath.

After coming to the conclusion that her long-distance relationship with boyfriend Bradyn had finally run its course, that is exactly what a woman named Cheyenne did. Turning to Cameo, a service which allows users to book various celebrities to record video messages for them for a fee, Cheyenne tapped her boyfriend's favorite singer, McGrath, to break the bad news.

"She wants you to know that you mean a lot to her," McGrath says in the video, prefacing that it was his first time having to let someone down gently. "You mean the world to her. But she's having difficulty staying in this long-distance relationship."

McGrath goes on to compare poor Bradyn's plight with some of the struggles in his own marriage, trying to cushion the blow with vague platitudes about "never knowing what the future may hold." McGrath goes on to state that Cheyenne feels bad that it had to end like this and that she hopes they can continue to be friends going forward, which would feel maybe a little more genuine if it weren't for the fact that she follows that up by wishing him luck on his upcoming thesis. "Probably not the best timing, Cheyenne," McGrath winces, "but I understand."

The whole thing is a gloriously awkward trainwreck, from the premise of paying a celebrity $100 to break up with your significant other to McGrath's visible discomfort and optimistic hope that one day all three parties can meet backstage and laugh about it. But, as if the lead singer of Sugar Ray wasn't enough star power, it turns out Cheyenne has doubled down on her efforts to get through to Bradyn with another message recorded by Former White House Press Secretary, Anthony Scaramucci.

Unlike McGrath, "the Mooch" makes no attempt to sugar coat the situation, adding that, "If you're having a bad day just imagine me getting my ass shot up at the White House, blown to pieces, and my life. It'll put it into perspective for you." He also added that "my wife basically threatened for divorce, which took a while for me to repair that, as well." So cheer up Bradyn, it could always be worse!

It is worth noting that many people online are speculating that the break up messages may be a prank, or part of a viral marketing campaign. People have pointed to subsequent tweets by McGrath that indicate he will be doing "real ones" in time for the holidays and teasing a possible response for Cheyenne which is suspiciously convenient. The video's legitimacy aside, the idea of paying a celebrity to break up with your significant other has obliviously proved too tantalizing for the internet to pass up.

honestly if anyone ever breaks up with me via a mark mcgrath cameo i would respect the bit enough to get over it no… https://t.co/UuxrO29SOF
— josh terry (@josh terry)1574710235.0

Long night ahead of working on my thesis, but it looks like my long-distance girlfriend Cheyenne sent me a Cameo fr… https://t.co/9DLD0cqMDI
— Patrick Monahan (@Patrick Monahan)1574716737.0