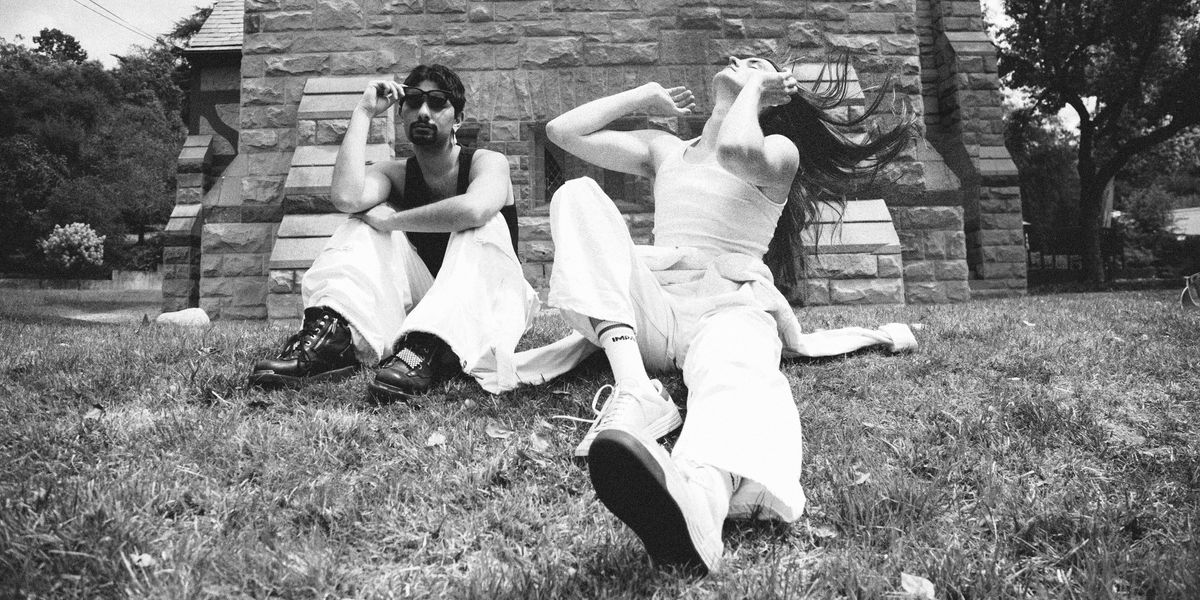 Like the rest of us tortured souls glued to our TikTok feeds with nothing left to give but a dance routine and selfie, Mark Indelicato and Bailey Edwards are determined to become internet famous — our generation's final chance at real fulfillment.

In their new five-episode comedy series, Indelicato (Ugly Betty) and Edwards (Mothers of Monsters) tackle every online trend possible, attempting to master them with the help of their friend, Gal. From sex tapes to dog Instagrams and makeup tutorials, Mark & Bailey features the queer con men desperately diving in, all while attempting to lay low in a gated Orange County community.

"Together, we made a show where we could satirize the ridiculous 'influencer' world of the internet," Edwards says of the series created "with a budget of zero dollars and zero cents." Mark & Bailey also offers up a hilarious trip down memory lane, according to Indelicato, who says to prepare for unhinged spirals about "early 2000s depravity" and "the Bush Administration."

Watch the PAPER premiere of Mark & Bailey's season trailer and read a candid conversation between the two about making it all happen, below.

Mark Indelicato: So what possessed us to do this?

Bailey Edwards: Well, we had been developing these characters for almost a year before we realized, oh we're dumb, we're actors, we need to start playing them.

Bailey: Why do you think we did this?

Mark: Honestly, because the idea of sourdough-ing or banana bread-ing as a means of "maintaining my sanity" throughout this p*nd*m*c was not gonna work for me.

Mark: HATE. But hilariously the first sketch we did, Mark and Bailey were trying to bake a cake, cluelessly having never made a cake before and that was what sparked the idea for a larger series.

Bailey: Which led us to coerce — borderline force — all of our friends and loved ones into making the drive to Orange County to create a five-episode web series with a budget of zero dollars and zero cents.

Mark: And we would be remiss not to praise the comedic genius that is Kaitlin Gleason for playing our Gal, producer, camera operator and writing all of the episodes with you while I took a nap.

Bailey: In every pool of sunlight or chaise you could find.

Mark: Gal is the Jane from HBO's The Comeback that we needed.

Bailey: To my Valerie Cherish.

Mark: And I'm Mickey, passed out in the Benz. Again, naps.

Bailey: Correct. And together, we made a show where we could satirize the ridiculous "influencer" world of the internet, where each week Mark and Bailey take a stab at some kind of internet trend.

Mark: All set in a gated community where they have absolutely no business being.

Mark: Ana's character is so deranged — but no spoilers, that's episode four.

Bailey: So if you need something to watch as you stand six feet apart in line at Trader Joe's–

Mark: And want to reflect on early 2000s depravity, the Bush Administration (I know, plot twist) and set fire to the effigy of the "gay best friend"—

Bailey: The first episode is premiering here on PAPER, next Thursday, April 22nd.