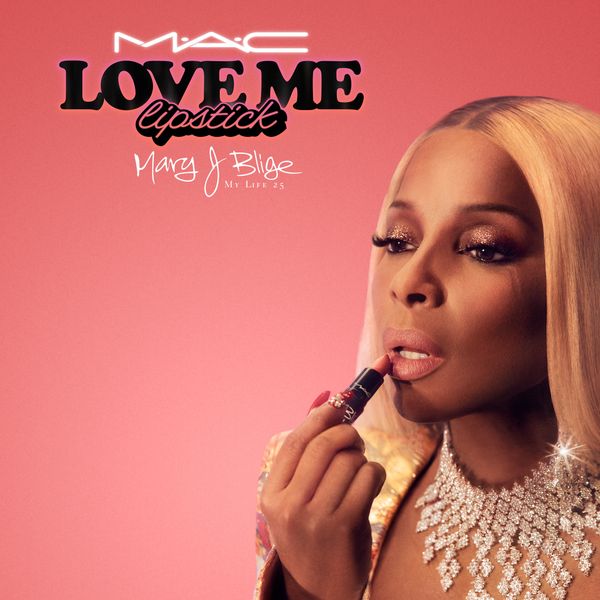 Mary J. Blige Is the Face of MAC's Love Me Lipstick

Makeup giant MAC is making a case for self-love and empowerment with the launch of its brand new lipstick range, Love Me. And who better to push this message than Mary J. Blige? The musician — and all-around icon — has signed on as the face of Love Me to mark its debut, as well as celebrate 25 years of her seminal My Life album that dealt with clinical depression and her battle with drugs.

"MAC and I have always had a supportive relationship,and we've both always been vocal about the issues and beliefs that we stand by, including our similar, steadfast positions on inclusivity, diversity and women's empowerment," says Blige of the motivation behind the collaboration.

The limited edition lipstick comes in a special French Silk shade that has a "lighter than air" texture with intense color, "soft shine" and "all day moisture." The color is additionally crafted with hints of brown, peach, and pink to work with all complexions and will also come in a special nude and black gradient packaging commemorating My Life. "I love a nude lip because it's just effortless and it doesn't fight with anything that's going one," says Blige. "Even if you're all glammed up, there's something about a neutral lip that makes you look younger."

This isn't the first time the R&B star has partnered with MAC and has formerly acted as a Viva Glam ambassador twice. An important part of the Viva Glam promotions back during its launch was always raising awareness about HIV/AIDS and Blige says that message was instrumental in fostering this new collaboration for Love Me.

"I still remember the first time I was a Viva Glam ambassador in 2000 and then again in 2002," she explains." I chose to partner with Viva Glam because of its mission to bring awareness of HIV/AIDS in an altruistic way. This year marks a huge milestone of 25 years for both of us. For me, the 25th anniversary of My Life, and for MAC, the 25th anniversary of Viva Glam — so it was a great time to come together again."

In addition to the Love Me Lipstick collaboration, Blige will also be joining MAC for the historic third Love Ball on June 25th. Created by New York City nightlife queen Susanne Bartsch in 1989, the event was crafted with a likeminded mission to bring awareness of HIV/AIDS to the mainstream and provide funding to programs that help those affected by the disease. "I am honored to celebrate Love Ball with MAC, CFDA, and Susanne Bartsch during Pride month as it showcases the evolution of Viva Glam from helping fight against HIV/AIDS to focusing additional support on the LGBTQ community," Blige adds.

The MAC Love Me lipstick in French Silk will be available on June 23 online only at MAC Cosmetics for $19.