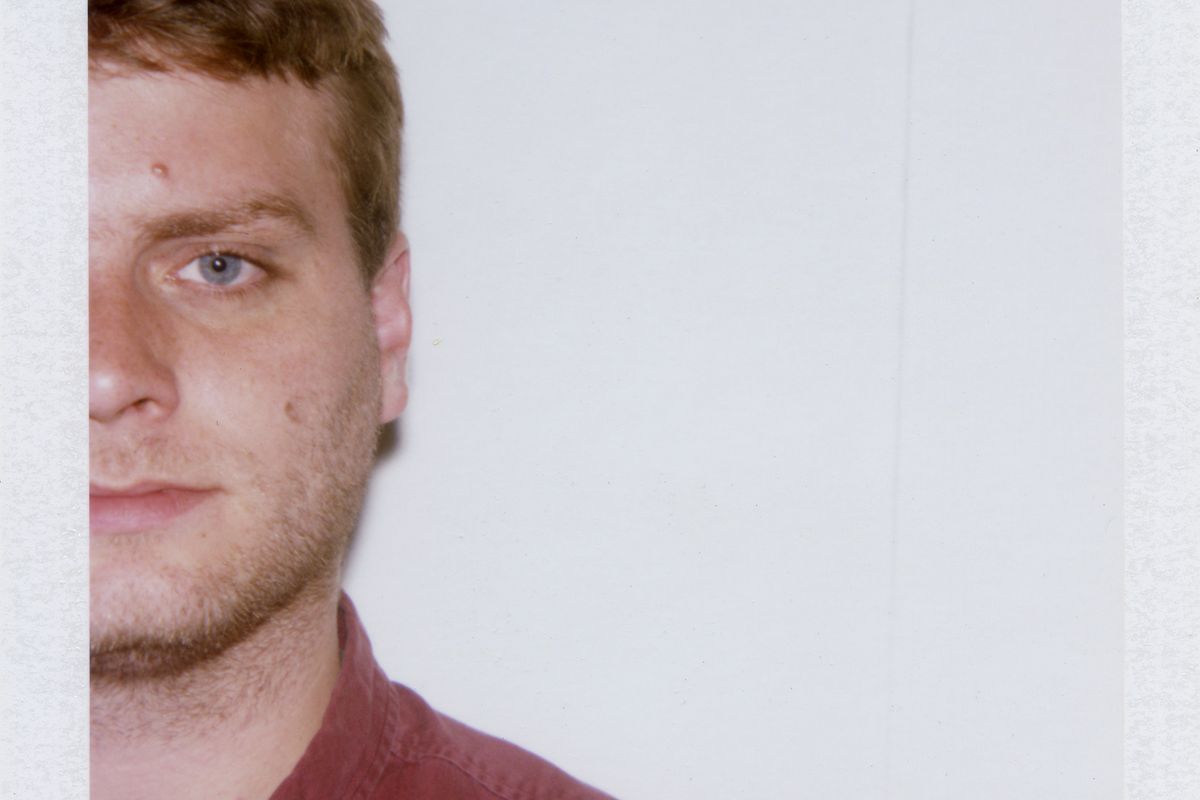 Mac DeMarco Is Growing Up

"I think this year I realized that I have a lot more to think about than drinking PBRs and sitting in the van all day," Mac DeMarco muses. "I guess I'm growing up a little bit." DeMarco's third full-length album, the just-released This Old Dog, is perhaps his most personal project yet, diving deeper into his innermost thoughts like a diary set to acoustic guitar and synthesizers.

The album revolves around self-discovery and is filled with intimate, vulnerable moments. It opens with "My Old Man," a song about DeMarco's dad and the realization that he's turning into him. "Look in the mirror/Who do you see?/ Someone familiar/but surely not me," he sings. On "Dreams from Yesterday," DeMarco laments about hopes achieved and dreams deferred. "Once your dreams/ come knocking at your door/it's time to realize/you aren't dreaming anymore," he sings. "And no amount of tears/can roll back all the years/and bring back all your dreams/from yesterday."

This Old Dog might be an evolution of sorts for DeMarco, but the style doesn't deviate too much from the easy listening- meets-art rock sound (described with a wink on his Facebook as "jizz jazz") that fans loved on his 2014 breakout album, Salad Days, and its 2015 follow-up mini- LP, Another One. He says the new record coalesced around many different songs DeMarco recorded at whim, without any particular concept in mind. "As far as, like, any kind of creative vision, I didn't really have any of that," he reflects. "I just kind of sat down with a guitar and was playing and trying to pass the time, and then I'd find myself making music." He continues, "I'm writing about things I was thinking about without having in mind 'Okay, this will be the record,' so I think that's why some of the songs are a little bit more personal for me this time." Showing fans this new, more vulnerable side is "kind of scary to me," DeMarco says when talking about the album's release. But ultimately, he adds, "It feels right -- so there you go."

Who is the titular 'old dog' on This Old Dog?

I guess I'm talking about myself in that. And not just saying like ,“Oh, I'm olddd,". I'm 26, nothing too crazy. The song's just got a simple little sentiment, like, “I love you and I won't forget about you." It's just a song about being alive, I suppose...The term dog is kind of my dawg, dirty dog. I think a lot of press, especially has been kind of like “ohh you made an album about puppy dogs!" and it's like, not exactly.

On previous projects, you've talked about having written, recorded and released music pretty quickly. This one took more time -- why the change in pace?

I guess I just wrote. I was writing songs in New York, maybe early or late winter in 2016. I was writing just nonstop -- it's my hobby -- and so I just kinda sat down and was doing that, and I didn't have in mind, like “oh I'm going to make an album outta these!" and I had a little collection of them and I was like “well I could like make these into full version and send them to the record label." But for some reason, I just didn't really feel like it at the time. So I didn't end up doing that and I just Ieft them there for a little while and went on tour and was like, “Wow I have all these songs. I wonder if I'll ever do anything with those." And the time came where the label was like, “Heyy if you wanna put a record out this year you'll need to probably give it to us by this point." And I was like “whoa!" So, some of the songs I wrote during that period I didn't use, but some of them I did.

You wrote the demos for these songs back in New York. Did they sound the way you had envisioned or planned or did your new location -- L.A. --change your initial creative vision?

There were periods where I'd sit down and try and write something and I was like, "I'm going to write a big pop song!" I'd catch myself doing that, and then I'd be like, "What the fuck am I doing? This is ridiculous. This is not me." As far any kind of creative vision, I didn't really have any of that. I just kind of sat down with a guitar and was playing and just trying to pass the time, and then fund myself and making music. Since I'm writing about things I was thinking without having in mind “Okay this will be the record," I think that's why some of the songs are a little bit more personal for me this time. I think it's because I was just writing for myself and it's like you don't really realize that people are going to listen to it until you send it in to the label and you're kind of like “Ohh yeah. This shit."

But I'm comfortable with it.

How has living in L.A. changed your personal life and style? Has it changed how you work at all?

For me it's like, my work is like on tour or when I'm locking myself in my bedroom or some studio or something and writing or recording, so most day to day stuff is kind of like just hanging out, pretty normal stuff. But the main difference is that when I lived in New York, I was really, really far away from the city, so I never saw anybody. I saw my girlfriend, and if I wanted to go see a show or anything I had like an hour in and and hour out to get back to my house. I had a couple years of very low social life except for on tour. But here it's like people come over. And I haven't had that in a really long time so that's cool in some ways but you gotta adjust again, but it's why I enjoy it out here, I think.

What's better for your creative process?

I think what it boils down to is regardless of whether I live in a popping, crazy, fun, exciting zone or like in the middle of nowhere, it's like when I want to make music I just think I always retract to doing it completely alone anyway. Moving to L.A. there are a lot of people here. A lot of my friends at least are doing well with their music right now and projects...But I don't even like bouncing my songs off of people. I just need to do what I need to do, and if people like it, fine. But I'm not trying to achieve some kind of masterful weird pop songwriting goal or anything like that. Just trying to ease my mind, I guess.