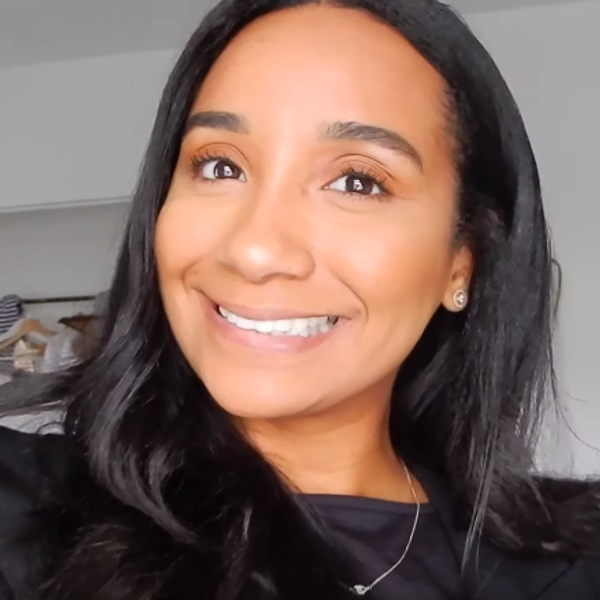 Sian Green-Lord, a 29-year-old woman from London, repurposed a luxury bag for the greater good by fashioning her new prosthetic leg out of a vintage Louis Vuitton purse; the world's first of its kind.

In 2013, Green-Lord visited New York City and lost her leg in a car accident. As reported by the New York Post, a yellow taxi cab hit her and the resulting injury "severed Green's left foot and shattered her right leg." While her right leg was saved, the left leg had to be amputated below the knee. (The owner of the taxi, Mohammed Faysal Himon, has never faced any criminal charges.)

Now nearly seven years later, Green-Lord tells BBC that a dream she had served as the inspiration for her Louis Vuitton leg, "I remember telling my husband in the morning. He was like 'Why is that crazy? Why don't you just do it?'"

So she did it, turning her leg into a moment. Green-Lord purchased a Louis Vuitton bag off of eBay for around 150 pounds ($197) and vlogged the process on her YouTube channel.

And thanks to her new prosthetic, she can also now wear heels which she was previously unable to. To complete the look, Green-Lord bought a pair of Louis Vuitton heeled boots with a matching monogram pattern to her leg. She explains the motivation behind creating her new prosthetic, "This leg is a product of somebody who I was before I lost my leg and it's almost a collaboration to myself, to the person I was then and to the person I am now. I just feel really whole and really fulfilled because I got a feeling back I never thought I'd feel again."