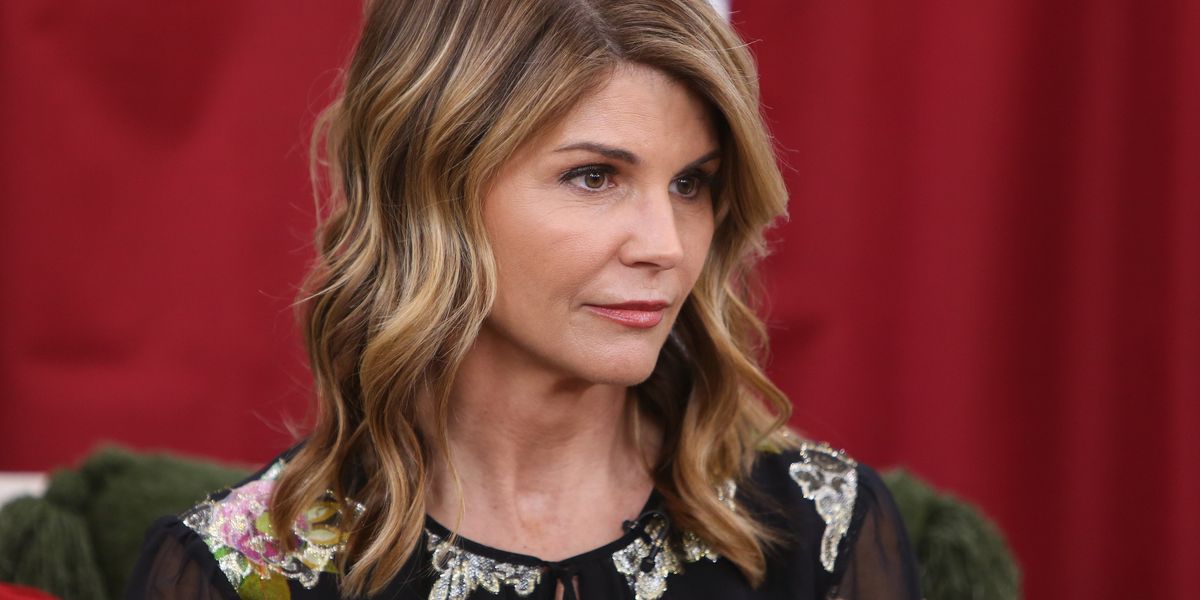 It's been quite a week for Lori Loughlin. The Fuller House star is now at the center of a high-profile college admissions scam, and recently got indicted for allegedly paying bribes of up to $500,000 to an “admissions consultant" who faked her two children's SAT scores, and got them into the University of Southern California. In light of the scandal, the actress will no longer be appearing in any more episodes of Netflix's Full House spinoff.

​Netflix sources confirmed to THR ​that there are no plans to have Aunt Becky, who has appeared on about 20% of the show's total episodes, reappear in the fifth and final seasoon of the show. Previously, People reported that the producers of the show want to “protect” the kids of the show from all the news as they’ve grown attached to Loughlin. "Lori isn't on every episode, but there is a lot of affection on the set. She is great with the kids, and they all love her,” a source told the magazine. “So almost every other adult, both cast and crew, I have reached out to [the kids] to make sure that they are okay. There's a group text, and everyone is calling each other. It's not really gossip, it's more trying to come to terms with it. No one saw this coming with her."

This news comes after Hallmark Channel also severed their ties with Loughlin. They said in a statement, "We are no longer working with Lori Loughlin and have stopped development of all productions."

​Loughlin was a Hallmark Christmas movie staple, and starred as the main character in drama series When Calls the Heart. She has also appeared in numerous Garage Sale Mysteries films.

Loughlin appeared in Los Angeles federal court on Wednesday, and she was released on a $1 million bail. She still has another court appearance, which is set for March 29 in Boston.