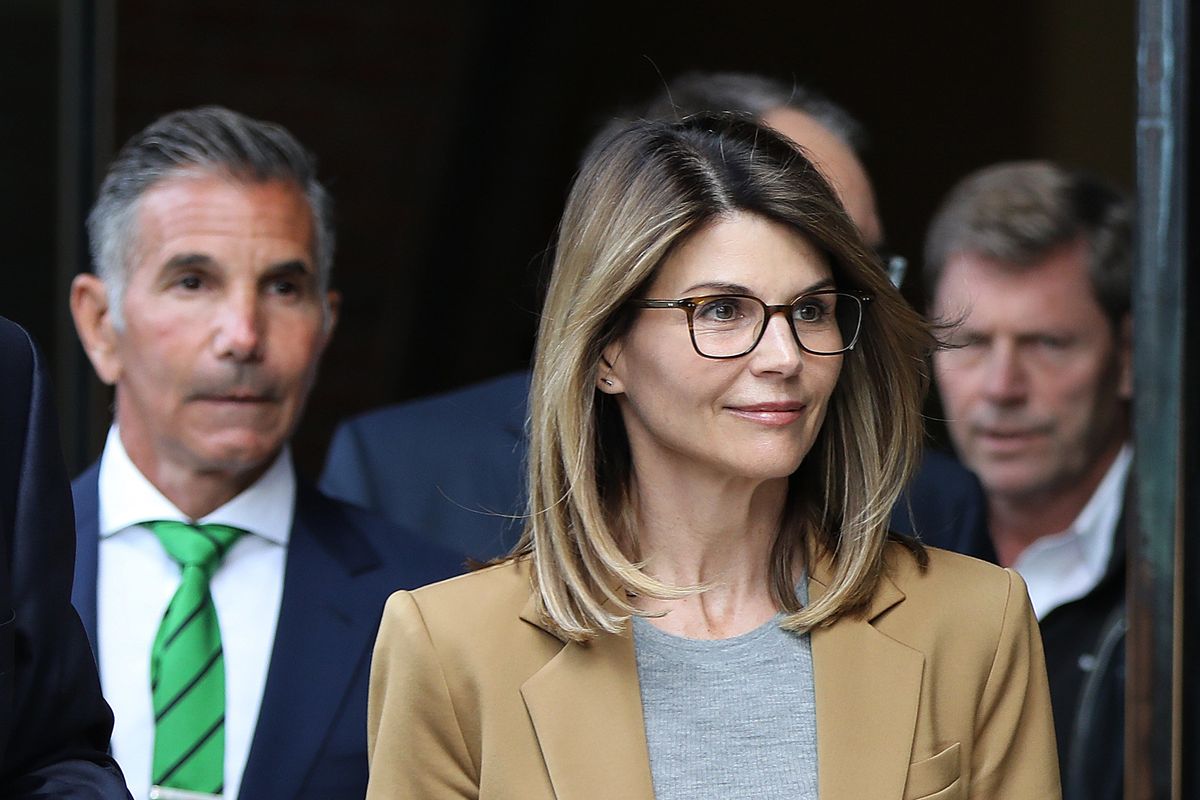 This is how you know things are going badly. Page Six reports that Lori Loughlin, charged with paying $500,000 to scam each of her two influencer daughters into college, is thinking about employing the services of Lindsay Lohan's former crisis manager Hunter Frederick.

Loughlin, who played Aunt Becky on Full House in the '90s, was implicated in a widespread college admissions sting that also included Desperate Housewives star Felicity Huffman, as well as numerous high-ranking CEOs. But whereas Huffman has been publicly repentant — even releasing a heartfelt-seeming apology statement — Loughlin has been signing autographs outside of courtrooms and generally acting like she hasn't done anything wrong.

This, Page Six speculates, is why she requires a savvy spin doctor publicist. As a source says, public opinion has turned "100 percent against" Loughlin. Hallmark has even started editing her out of its shows — you can't get much more canceled than that.

Can Frederick actually help? Lohan hired him to help handle her break up with ex-fiancé Egor Tarabasov, who she accused of domestic violence. Jury's still out on Lindsay's reputation, but Frederick has also worked with Gwyneth Paltrow, whose public image is considerably more favorable. (He supposedly helped her recover from the faux pas of saying non-actress moms have easier lives than their celebrity counterparts. Wow.)

Even with a good PR, things aren't looking good for Loughlin, sentence-wise. The actress is reportedly in deep denial about the increasingly likely possibility she's headed for several years in jail. She and her husband, fashion mogul Mossimo Giannulli, were hit with additional money laundering charges earlier this week, after refusing a plea deal which would have resulted in a relatively light two-year prison sentence. The couple now face up to 40 years in prison, plus a $750,000 fine. Seems like public image might be the least of their problems, actually.