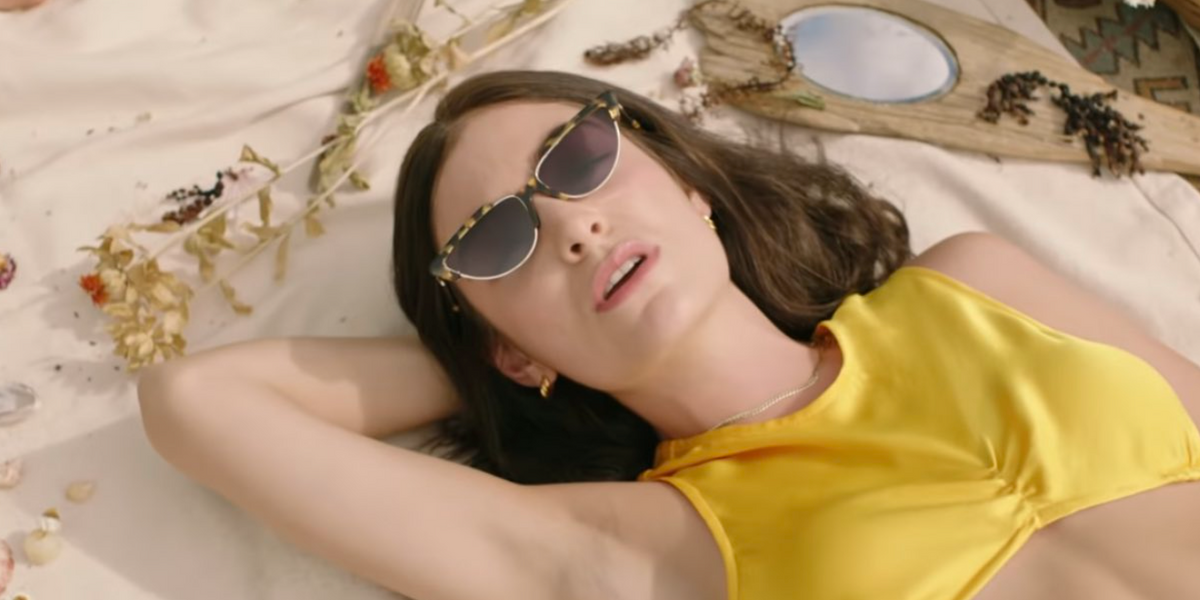 At long last, our Lorde and savior has finally returned.

First, it was the resurgence of @onionringsworldwide, and now it's the official release of her music video for "Solar Power," but believe us when we say it was definitely worth the four year-long wait.

Her first original piece of music since 2017, "Solar Power" feels like the perfect encapsulation of playful summer vibes. Filled with quips about throwing her phone in the water and being "a prettier Jesus," it may be a big 180 from Melodrama, but we're also definitely loving this blissful, sunny sound.

Related | These Lorde Memes Will Get You Ready for 'Solar Power'

Making things even better is the video, which reflects the song's light-hearted and revelatory tone thanks to Lorde and Joel Kefali's directorial prowess. And though watching it will probably leave you wanting more, just know you can expect a similar euphoria from the rest of her forthcoming album, also titled Solar Power.

After all, as Lorde wrote in a newsletter accompanying the release, the record is a "celebration of the natural world, an attempt at immortalizing the deep, transcendent feelings I have when I'm outdoors."

.@Lorde pens letter to fans in new email, and reveals that her third studio album is titled ‘Solar Power’:

“The album is a celebration of the natural world, an attempt at immortalizing the deep, transcendent feelings I have when I’m outdoors… This is what came through.” pic.twitter.com/qPWdRMeBhz

"In times of heartache, grief, deep love, or confusion, I look to the natural world for answers. I've learnt to breathe out, and tune in. This is what came through," she wrote before adding, "I want this album to be your summer companion, the one you pump on the drive to the beach. The one that lingers on your skin like a tan as the months get cooler again."

Watch the official video for "Solar Power," below.