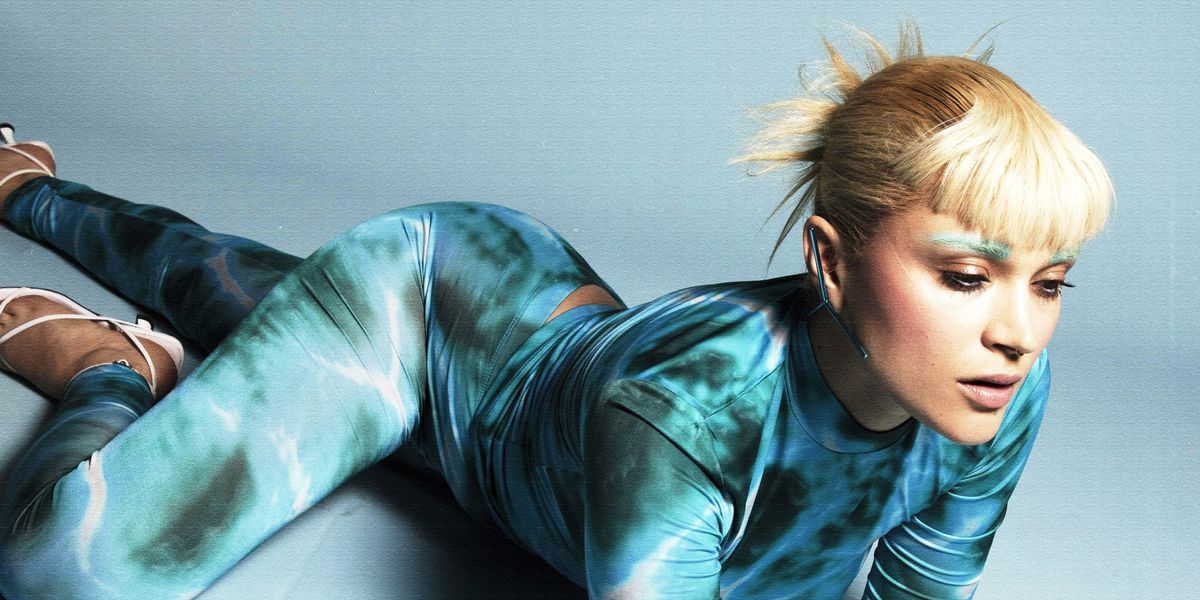 Lolo Zouaï's music video for "Galipette" is one of this year's strongest to date, packing in tons of wildly ambitious environments inside one power-pop visual (think early aughts big budgets at the height of MTV frenzy). There are fashion-forward gymnastic scenes with real professionals, underwater boxing matches at the bottom of a swimming pool, solo hangouts in an empty mattress store at night and even a seductive speakeasy setup.

Today, the San Francisco artist adds yet another dimension (and language) to her single, which already flips effortlessly between English and French ("Galipette" translates to "somersault"). Zouai has tapped Korean pop star BIBI to transform the original into an even more dynamic, bilingual bop — packed with sultry vocals, bitchy spoken verses and that explosive, clanging production.

"Lolo Zouaï is one of my favorite artists and also an inspiration," BIBI tells PAPER. "I can't forget the day I DMed her and she replied back. At the same time, she reached out for a collab, which was such an honor and finally we are here now with 'Galipette (BIBI Remix).' I really can't wait for the day to come meeting her in person. I'm just very thankful and happy for this opportunity."

Below, PAPER talks with Lolo Zouaï about making "Galipette," working with BIBI and what's coming next.

How is "Galipette" reflective of the music you're working on or planning to release next?

It's more experimental. I wanted to come back with something really different than my first album, but it's at one extreme of what I'm working on. I'm dropping a song soon where there's basically no singing at all and the whole beat is made from my voice, and on the other extreme I have a song that's just my voice, harmonies and a beautiful guitar. There's music in between those extremes, but everything fits together.

The track has so many different dynamic sides to it. Where do you pull all that from?

That's how I am. Mooooody. Confident in my attitude and my vulnerability.

How do you think this release shows who you are as an artist, right now?

I'm just making music that excites me and that feels fresh. I'm not as worried about taking risks musically and visually. Especially after 2020 I just said, "Fuck it!" It's not my top priority to have a song that everyone will like at the moment. It's more fun for me to make something no ones ever heard before!

The music video is epic and stars UCLA's Women's Gymnastics team. What was the production process like and how involved were you in the creative?

Amber [Grace Johnson] and I had never worked together before, so we spent months going back and forth on what we liked and how we envisioned the video. She had this idea of boxing underwater that she had always wanted to do. I wanted to do a scene in a gymnasium and a mattress store, but I couldn't have done it without her.

How'd you connect with BIBI for this remix?

BIBI and I became friends through Instagram and admired each other's work. I went to South Korea at the end of 2019, and realized I had an incredible fan base and team out there. Since going there, I've been wanting to do a song with a Korean artist. BIBI is just so cool. She flows naturally on any song and added her own swag to "Galipette" — innocent, but hard. I had her part stuck in my head morning and night when she sent me it — so catchy. And I honestly don't know if anyone has ever released a song in French, English and Korean, ever?