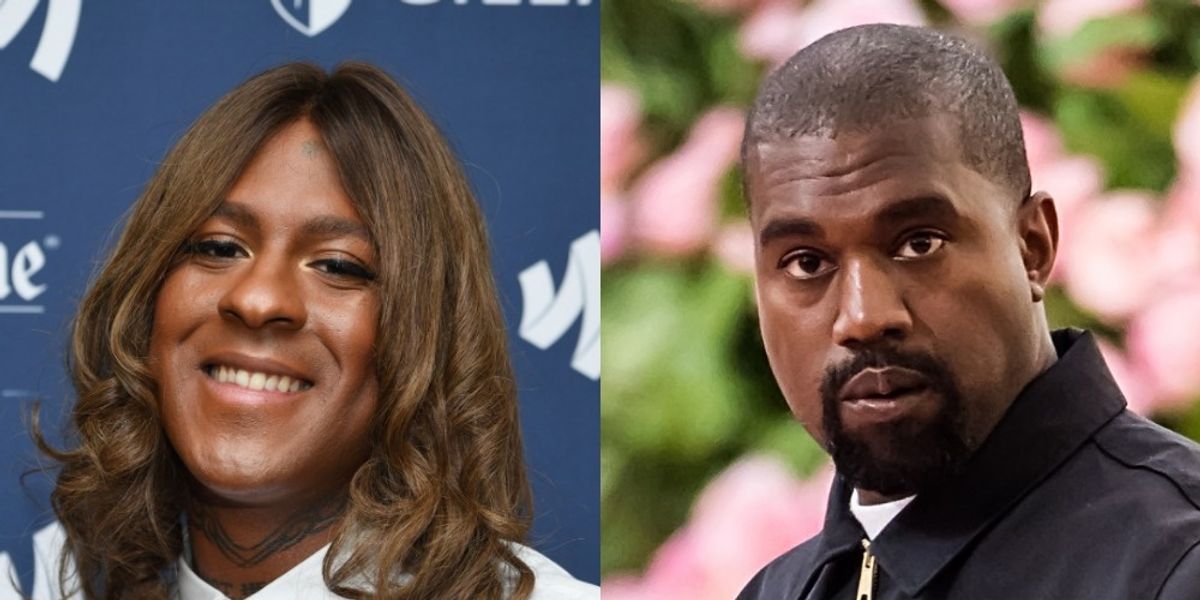 Yandhi… remember her? In the fall of 2018, she was all we talked about. Feels like a decade ago that Kanye was spewing nonsense at the White House, FADER and TMZ on a kind of deranged press tour for what was promised to be KW9. Announced just a few months after Kanye released Ye, Kids See Ghosts with Kid Cudi, Daytona with Pusha T, K.T.S.E with Teyana Taylor and Nasir with Nas, Yandhi was slated to drop in September during Kanye's SNL performance of alleged lead-off single "I Love It" with Lil Pump. He delayed the release multiple times, and a year later… we got Jesus Is King.

Now, a taste of what might have been. A quality bootleg version of a unreleased Yandhi track titled "Bye, Bye Baby" featuring Mykki Blanco has showed up on Reddit — High Snobiety flagged the fresh Reddit thread. Leaks from summer also reportedly included the same track.

While even the shocking parts of Jesus Is King (the chaotic album roll-out, the Chick-fil-A line, its zero female contributors, Kanye's corporate view of spirituality, his anti-choice comments) all faded rapidly from the Twittersphere. The record simply wasnt interesting enough, even in its flaws, to hold attention. Based on "Bye, Bye Baby," Yandhi would've offered at least a bit more to talk about.

Blanco intros the song with a familiar proselytizing bent from Jesus Is King, plus a streak of classic Kanye anti-authoritarianism: "Let me mask up America/ Kill the country, smoke a blunt, make it spiritual." The rapper then mimics Kanye's detractors in a sanctimonious voice: "What is Kanye drinkin'/ What did Kanye say? What is Kanye thinkin'" Then Kanye delivers a slow, rough-cut rap about sucking tits, implying the woman he's fucking is a sex worker. Huh. There's hints of the atonement Kanye attempted with JIK on the line, "I know foul stuff, don't believe me, karma coming quick," so maybe it's all satire, but that feels generous.

The headline here is probably Blanco, a pillar in the queer hip-hop commnity. Jesus Is King featured no queer or female collaborators, after an alleged verse with Nicki Minaj fell through. Meanwhile, Kanye's currently affiliated with both the televangelist preacher Joel Osteen and Santa Clarita, CA pastor Adam Tyson, both of whom oppose LGBTQ rights.

It's great to see Blanco be recognized by another music industry giant, after appearing in Madonna's "Dark Ballet" video. Kanye might be floundering, but the "Wish You Would' rapper is about to get back in the game. Stay tuned for her first solo single since 2017, titled "Lucky," tomorrow.