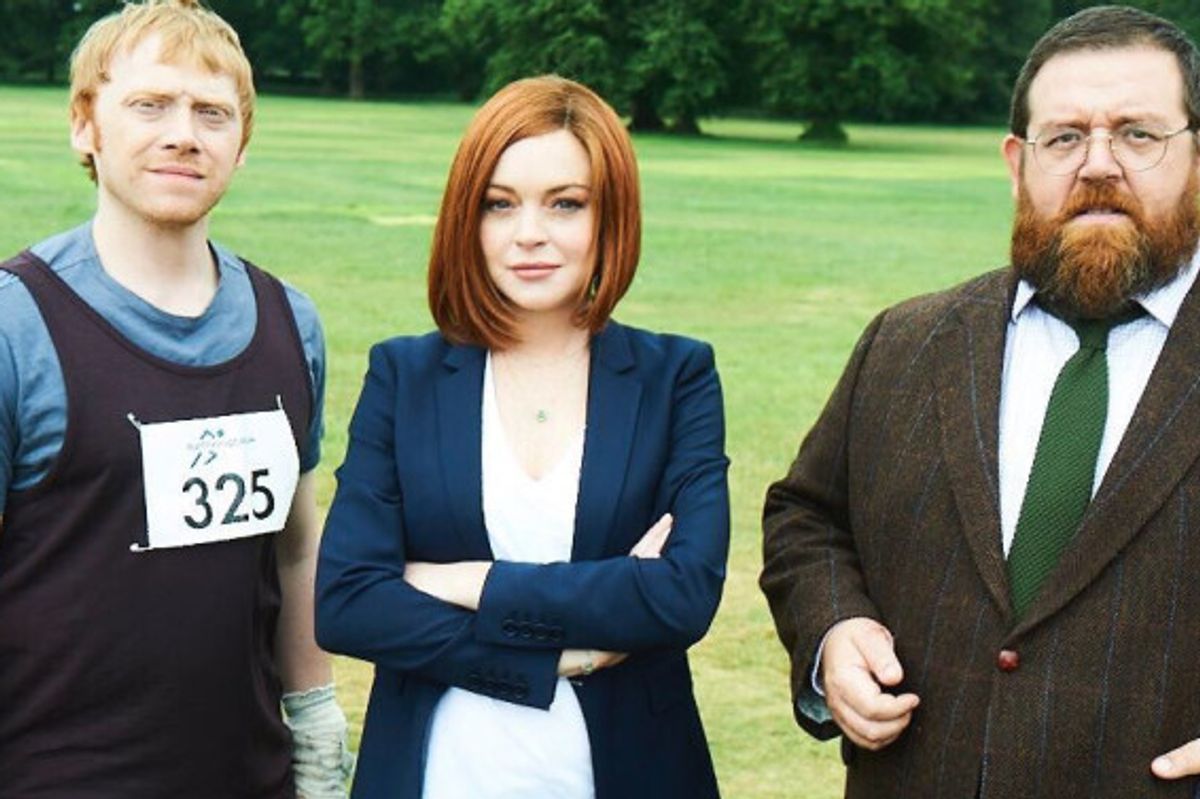 Lindsay Lohan Continues to Be Everywhere, Signs on to Star in New TV Show with Rupert Grint

Lohan will join the cast of Sick Note with the famous Ron Weasley-actor and famous comedian Nick Frost for season two, as Frost's character Don Johnson's daughter Katerina West. The plot reportedly follows a man (Grint) who is misdiagnosed with a terminal illness and chooses to hide it from his friends. The first season premieres on Sky this fall and the second is currently in production.

While other outlets might rudely claim British TV shows to be "the new refuge for washed up American stars", we all know that Lindsay is by no means washed up, she's just getting started.