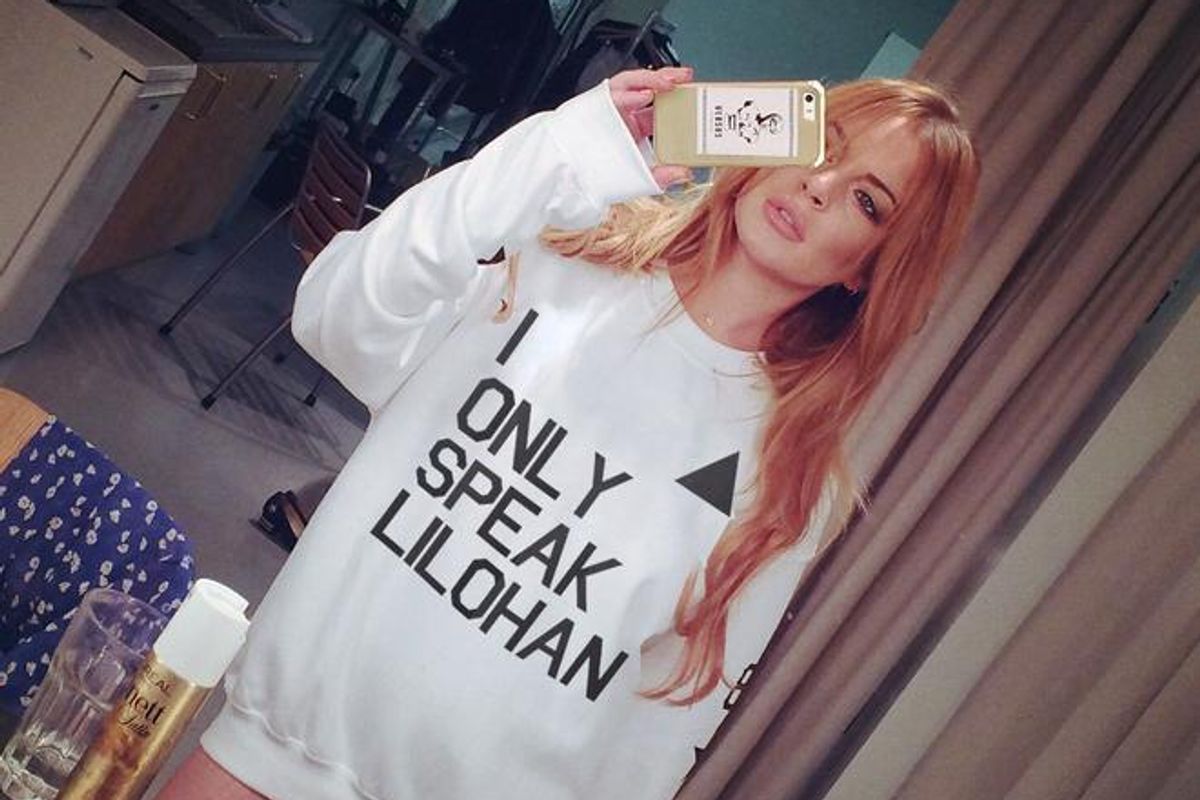 Lindsay Lohan has made the best of the internet's collective jeering/celebration of her adopted, continent-sprawling accent that circulated last week; the actress has announced a new line of sweatshirts and t-shirts with the phrase "I ONLY SPEAK LILOHAN" on it. Selling for $24.99-$39.99, proceeds from the garments will benefit Caudwell Children and The Disaster and Emergency Management Presidency of Turkey.

"I wanted to turn a silly viral event into something positive for the world," Lindsay is quoted on the site.

The philanthropic campaign ends on November 21, with an anxiety-inducing clock, ticking down, included on the online store.

Lohan sent over a message in a paper lantern, lit by a Parliament Light, over the ocean to Page Six, stating:

I wanted to support children in the U.K. as I have been living there for the past four years and children are dear to my heart. Secondly, I wanted to help the Middle East in this unfortunate crisis. It think it's important we give back when we can and continue to raise awareness.

Meanwhile, Lindsay's mother, Dina Lohan, the glistening Duchess of Long Island, spoke out about her daughter's jaw-dropping new cadence to Us Weekly, in an expansive, earth-shattering statement:

I have raised Lindsay and all my kids to constantly learn different languages and embrace different cultures. Since Lindsay was a kid, she was speaking fluent Italian because my mother is Italian and would only speak to her in Italian. She taught herself how to speak French, Arabic, Greek, Hebrew and the list goes on. Lindsay has a very high IQ and is very intelligent and can pick up on any languages in a minute. She has that gift.

She is overseas now focusing on giving back to kids who have been refugees, who have no place to go, who have no food, who have no clothes to wear or anyone to turn to, and she helps them get everything they need. She sits down and communicates with each kid no matter what background they have come from or what language they speak because that's her way of communicating to them. She is a worldly person who has so many talents and so much to offer, and that's what makes her so special and so beautiful.