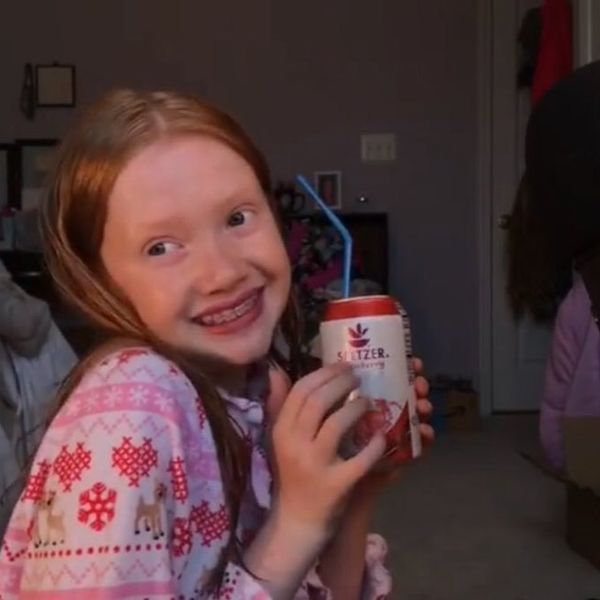 Popular ASMR YouTuber Makenna Kelly — aka Life With MaK — says she is quitting YouTube after the "unfair" removal of several of her videos from the platform.

Known for posting clips of herself eating, tapping, or whispering into a mic, the 13-year-old has amassed over 1.5 million subscribers and inspired countless memes since her honeycomb-eating video went viral last year. That said, it seems as if her reign as YouTube's preeminent ASMR creator may soon be over, as Kelly is currently looking for a new platform to post on.

Me: WTF do I do now that I’ve decided to leave YouTube?

Also me: GOOGLE- “What is Twitch? And do I have to play video games to join?” 🤣

But why? Well, in an effort to combat their growing pedophilia problem, Kelly claims that YouTube has been "discriminating" against her via selectively enforced content rules and guidelines. According to The Daily Dot, Kelly says that while she has "no issues with following the rules of YouTube," she does "have a problem with them treating me different than other minors."

AGAIN, thanks @YouTube! This is getting REALLY OLD. To my fans: what platform would you like to see me on? TWITCH? PATREON? OTHER? In the meantime please enjoy other MINORS trying on lingerie for their boyfriends, wiping Nutella (aka feces) on friends, etc. RETWEET 4 A FOLLOW! pic.twitter.com/DbYKmKj6ji

"I think most people could name several teenagers on YouTube that do and say extremely questionable things on a regular basis," she said. "Yet I'm over here feeling like a bad person for eating honeycomb."

Not only that, but she also claims that the platform did nothing to address her concerns about a grown man who "sexually bullied" her.

Dear @YouTube: Your blatant discrimination will not stop me. I will not let you use me as a target for your platform’s shortcomings. I am not sorry for being a confident young woman who speaks her mind. You condoned a grown man to sexually bully me and it’s time to own up to it. pic.twitter.com/VvcsNihbfV

In a recent interview with BuzzFeed News, Kelly revealed that YouTube has taken down 12 of her videos over the past 3 months for containing "inappropriate content" — including her aforementioned honeycomb video, clips of her eating fast food, and a clothing haul video.

Ok, last one for awhile... thanks for letting me vent. 💕 PLEASE, please, please... tell me why THIS awesome video was REMOVED @YouTube???
I seriously can’t even believe they think the way they treat me is even remotely fair. #discrimination pic.twitter.com/nk3Te9jsAd

"They should treat everybody fair," she told the publication, adding that she recently stopped wearing certain clothes or eating particular foods in case they got her videos flagged. "If you have a rule, that rule should apply to everyone, and not discriminate against certain people."

It sucks that @Youtube discriminates against ME PERSONALLY (trust me, there’s a HUGE story). Fortunately, wholesome child content that combats pedophilia and sexualization of minors is readily available for you compliments of their platform. I’m so ashamed for eating honeycomb.🤣 pic.twitter.com/eiJJERE49g

Thank you. EVERY SINGLE VIDEO of me eating fast food (and even my ramen video) was deleted for “inappropriate content”. I was literally talking to my fans and eating dinner. https://t.co/0mIXk43Oqi

This is what I have to deal with. Seriously @Youtube? pic.twitter.com/DKSqdHUYO3

No word yet on which platform Kelly plans to move to. YouTube has yet to respond to her criticism.