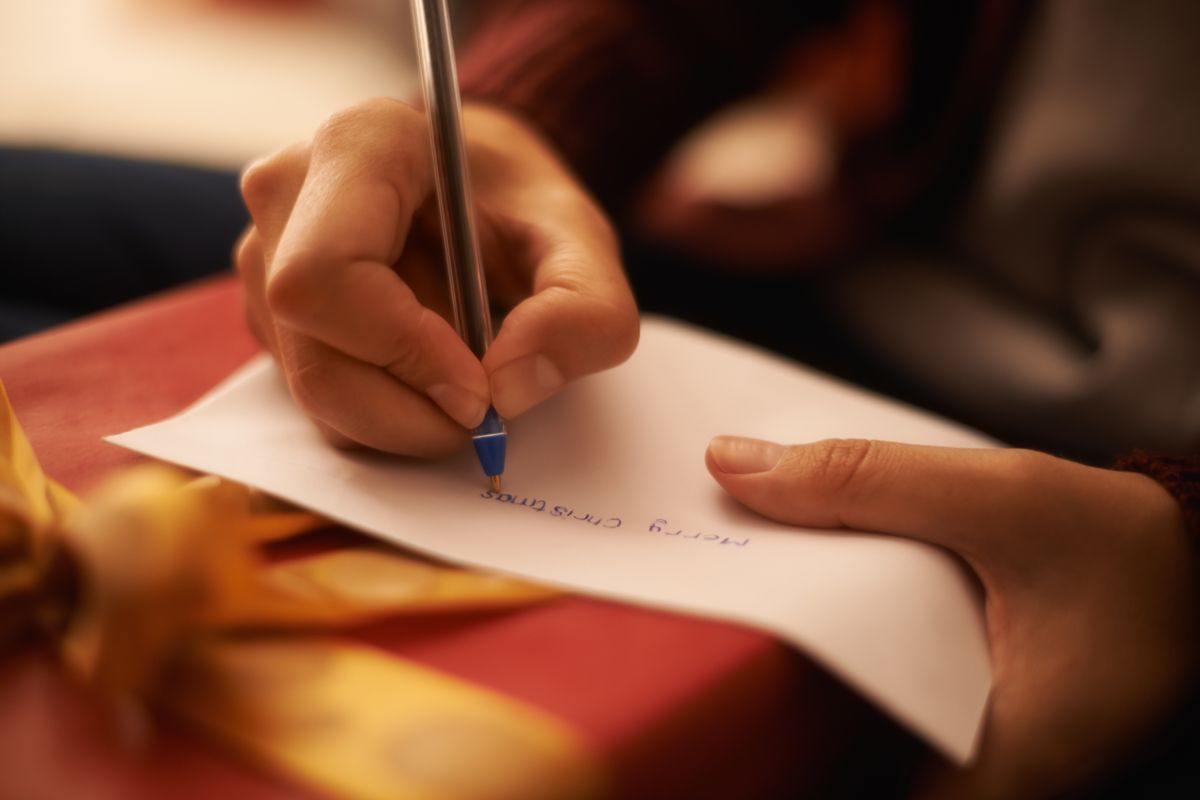 This Charity Sends Christmas Cards To The LGBTQ+

It's the most wonderful time of the year! But not for all people. During this season of spending time with family and gift-giving (and, well, receiving), many LGBTQ+ community member don't even hear a word from their biological families, and lack support from the people surrounding them. So LGBTQ charity The Rainbow Cards Project sends words of love and encouragement to those who've been estranged and isolated.

Twenty-year-old El, who is based in England, began the project after she came out to her parents as queer. Realizing that not all members of the LGBTQ+ community had the same positive response from their parents, or friends, or the people they came out to, she decided to begin sending letters to those who needed to feel support. She sent out two tweets, which led to her sending 30 letters to 9 countries. And now, the project has sent over 4,300 letters to 34 different countries.

The project has now also expanded to having more people join in and help El write those cards. The Rainbow Cards Project website invites the LGBTQ+ and allies to write messages to send to people anywhere in the world. And this may seem like a small gesture, but it means everything to those who receive these cards.

The project has since received a great deal of support from the community, with people writing and sending hundreds of cards.

Finished up our cards to send to @rainbowcards at our #GSA @PMSPelham meeting today. Next week we will debut our new club shirts!! @Mr_Lavella 🏳️‍🌈💜🌈🦄 pic.twitter.com/D0tCD85qbU

aaaaand the last 30 cards (divided into 20 xmas and 10 bday cards) left the building yesterday morning! It's been a pleasure @ everyone, thanks for liking and RT'ing :) pic.twitter.com/zj3UwhykXo

200 Christmas cards on their way to @rainbowcards tomorrow ☺️💓 pic.twitter.com/vSNphEgsvZ

60 christmas cards packaged and ready to be sent to @rainbowcards !!

Still, the charity still needs much more support. The Rainbow Cards Project official Twitter account tweeted out the need for more funds, and announced a Go Fund Me page to keep operations running until 2019. "Please consider making a donation so we can continue to spread the love & combat isolation!"

we have sent over 4300 cards to isolated LGBTQ+ folks this Christmas!
but now we are running low on the funds we need to keep the project running in 2019 - please consider making a donation so we can continue to spread love & combat isolation! 🌈https://t.co/vHPBH1LlUw

To donate to The Rainbow Cards Project, click here.