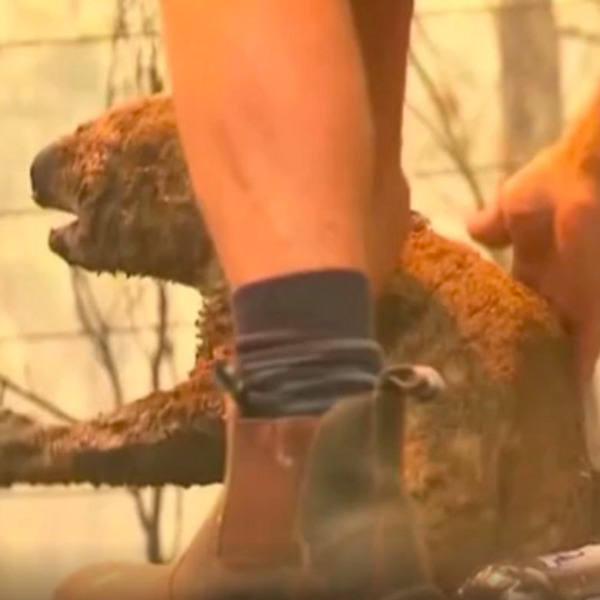 Lewis the Koala, Martyr of the Climate Crisis, Has Passed

Heart-wrenching footage circulated last week of a badly singed koala scrambling, distressed, across a road and straight into a raging brushfire in New South Wales, Australia. The video shows a local woman (later identified as Toni Doherty) running into the fire to save the tragic creature (later identified as Lewis), decisively plucking him from a tree, wrapping him up in her shirt, and dousing his burns with bottled water.

Related | Climate Change Is the Culprit Behind California Wildfires

Retweeters were as moved by Lewis as they were by Toni: heroic in her white pants and practical sandals as she handled the koala, who was literally on fire, with sober poise before tucking him into her CRV.

Sadly, despite Toni's quick thinking, reports have emerged that the animal, a fourteen-year-old male, has since died. According to CNN, the hospital where Lewis was taken decided to put him to sleep after it became clear the marsupial wouldn't recover from his burns. It was for the best: according to a doctor, Lewis was already on "substantial pain relief," and that's no life for a koala.

Thanks to a chicly-booted fellow samaritan who helped Toni out, the viral video doubles as excellent free advertising for Blundstones, Australian people, and the climate movement. Australia has seen a catastrophic early fire season as a result of the warming climate, according to National Geographic, with bushfires incinerating homes, forests and wildlife up and down the country's eastern coast. Despite some controversial erroneous recent reporting koala's are not actually "functionally extinct," but they are frequent bushfire victims (between 350-1,000 have died in fires this year) because, as the video of Lewis displays, they're extremely slow-moving and fairly stupid.

"They're such helpless little things," Christine Adams-Hosking, a research fellow at the University of Queensland tells National Geographic. "A bird can fly, a kangaroo can hop very fast, but koalas are so slow. They basically just get stuck where they are." As such, images of scorched koalas, Australia's most iconic residents aside from Kylie Minogue, have become the latest symbol of climate destruction, and hopefully a rallying point for change.