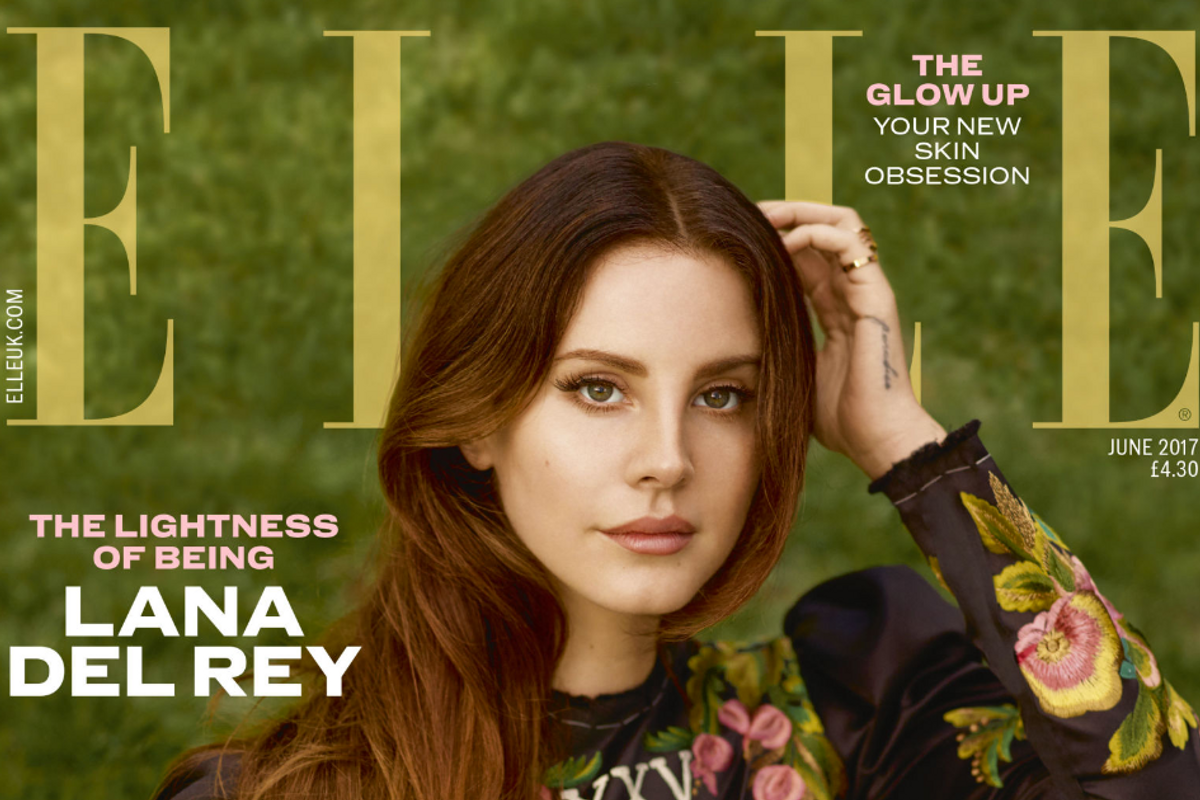 You might have notice Lana Del Rey has been a little less Lana Del Rey of late. She smiled, for one, but in general, Lana (née Elizabeth Grant) just seems a lot less sad girl and whole lot more content – which she can apparently attribute to just being herself.

In the snippets today released from her Elle UK profile, the songstress said that she doesn't have to "lean on" an image for intrigue any more. You'll remember that Lana was shrouded in mystery when she first broke on the scene with Born to Die and it wasn't long before rumors emerged that she had totally reinvented herself to sell records.

"I know that if I had more of a persona [before], I have less of one now," she said. "And I think it comes down to getting a little older. Maybe I needed a stronger look or something to lean on then. But I feel like it wouldn't be hard for me today to play a mega show in jeans without rehearsing and still feel like I was coming from the right place."

Lana also addressed her penchant for seemingly toxic relationships, most of which are the inspiration for much of her discography.

"All the tough things that I have been through – that I've drawn upon [in my work] – don't exist for me anymore," she continued. "Not all my romantic relationships were bad, but some of them challenged me in a way that I didn't want to be challenged and I am happy I don't have to do that now."

Head over here to read more of her profile highlights.