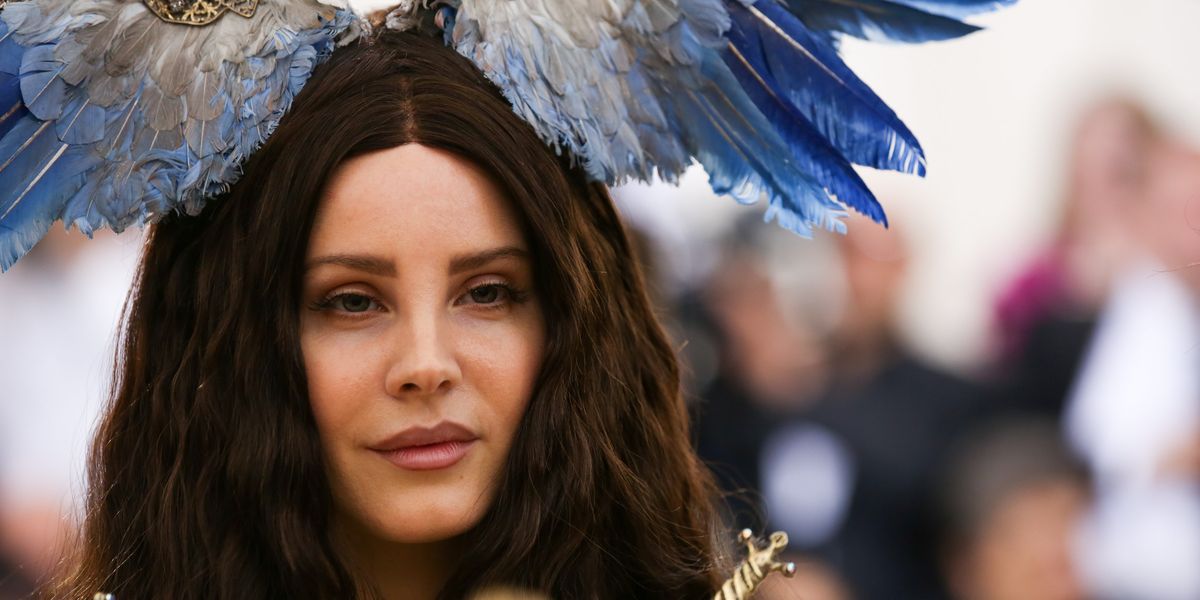 Shrouded in her usual thick coating of lipstick and cinematic drama, Lana Del Rey is playing coy about her new music. This morning, she tweeted cryptically: "Mariners Apartment Complex Out next week," accompanied by a fresh-faced polaroid of her looking like the cool big sister/camp counselor we never had.

Before Lana could say another word, we had questions. What is "out next week"?! A single? An album? A new nautical-inspired lingerie line? Is she producing a reimagination of Anything Goes? An environmental advocacy campaign? Is she getting into the real estate business?

After a morning of content-starved fans reading the runes for what the phrase might mean, Lana clarified via Instagram: "Two end of summer jams for ya out next week. The first is called Mariners Apartment Complex."

In a subsequent post, she shared a clip of the song and music video. Lana warbles with lovely, signature lip-quvering ennui over 70's singer-songwriter-esque stripped-down acoustic guitars. In the background plays melodramatic black and white home video-style footage of waves crashing, and the singer talking on an iPhone and kissing a butterfly. The song's sound is even more stripped down than the echoey 50's rock tracks, soupy folk ballads and hip-hop collaborations that appeared on her 2017 release Lust For Life.

In no surprise at all given his iron grip on pure-pop production of late, Jack Antonoff is tagged the post (the singer also recently shared a photo of the pair wearing matching suits with the caption "just because"), as well as frequent collaborator, super-producer Lauren Sisk.

Although it fits in with her obsession with rustic (read, sad) Americana landscapes, we're are still wondering what exactly this new iconography means for our favorite depressive queen. "You took my sadness out of context / at the mariners apartment complex / I ain't no candle in the wind" she sings in the "Mariners Apartment Complex" clip.