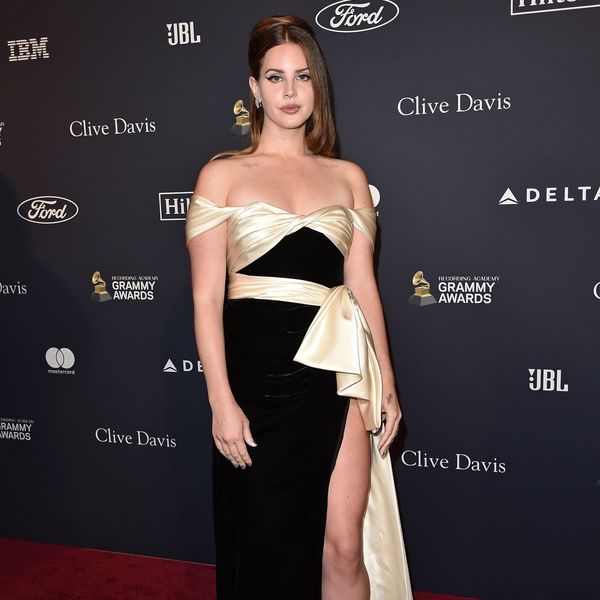 by Marissa Matozzo
Paper Magazine
26 May 2020

It's been five days since Lana Del Rey first asked a "question for the culture" in a controversial Instagram post naming Doja Cat, Nicki Minaj, Beyoncé and popular women artists of color, which she later deemed "not controversial at all." She has been trying to clear the air with other posts and comments ever since.

Del Rey starts off the six-minute video message by saying she "doesn't want to beat a dead horse" by addressing last Wednesday's post yet again, but that there is a "need for fragility in the feminist movement," which is "important" for her to talk about.

She brings up pole-dancing, something that's been featured in her videos and met with criticism in the past. She mentions FKA Twigs, essentially saying that she hasn't faced the same harsh critiques for engaging in the art form.

"When I get on the pole, people call me a whore but when Twigs gets on the pole, it's art, so I'm reminded constantly by my friends that lyrically there are layers and complicated psychological factors that play into some of my songwriting, but I just want to say that the culture is super sick right now and the fact that they want to turn my post, my advocacy for fragility into a race war is really bad," she says.

Related | Lana Del Rey Doubles Down on Her 'Controversial Post'

Clarifying the initial post's statement about "personal reparations," Del Rey says she was aiming to make "reparations with the Navajo community" because they deeply impacted her youth. She adds that advocacy for "reparations to the Black community" that "never got done during the Emancipation period" is a reason why she liked past Democratic presidential candidate Marianne Williamson, whose platform prioritized this issue.

Del Rey goes on to apologize for not adding a white female singer to her post. She basically says that this was all a collective misunderstanding by her readers, and that she is continuing to write poetry "books that chronicle fragility" –– a trait she insists she has long been criticized for.

"I'm sorry that I didn't add one 100% caucasian person into the mix of the women that I admire but it really says more about you than it does about me," she says.

She also confesses to viewers that she received "200,000 hateful comments" and that her "phone number leaked," saying that online harassment like this "causes fragility."

Overall, it appears that Del Rey is pushing through in her own defense, feeling it's necessary to speak her truth no matter what blowback it receives.

She ends the clip saying: "Nobody gets to tell your story except for you and even if that means it's kind of messy like this along the way," adding that she is "good-intentioned," "not the enemy," and "not racist," advising listeners to "not get it twisted."

In another far less perplexing black-and-white video posted the same day, Del Rey shared excerpts of her reading poetry from her upcoming spoken-word LP, Behind the Iron Gates – Insights From an Institution. Her second poetry book, Violet Bent Backwards Over the Grass is also reportedly on the way.

In the video, her bare feet walk across a beachside wooden deck as she reads a poem called "patent leather do-over," with music by Norman Fucking Rockwell! collaborator Jack Antonoff. Regardless of one's opinions on Del Rey at this point, there's certainly more material to come.