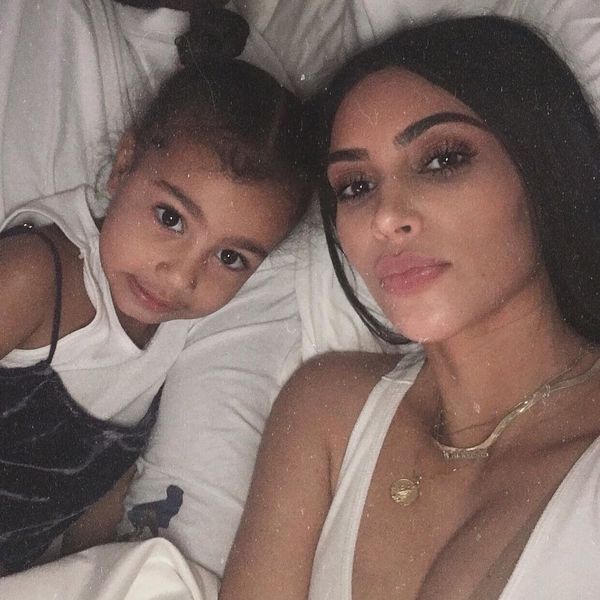 Season 15 of Keeping Up With the Kardashians aired last weekend (yes, it's been on the air for 15 seasons), which means the family is out doing press to promote the show. Kim Kardashian stopped by BigBoyTV for an interview and spoke on several topics, including running into Kanye at SOHO House while married to Kris Humphries, why she's grateful to Donald Trump for pardoning inmate Alice Marie Johnson, and the moment 5-year-old North West asked her why she's famous.

Telling the story, Kardashian said there was an awkward pause before she answered, "We have a TV show." In true 5-year-old form, North apparently took this in stride without further question.

Big Boy's Neighborhood on Instagram: “Here’s how #KimKardashian reacted when her daughter #NorthWest asked her why she’s famous 💀”

Kardashian also spoke on the clapback heard 'round the world, in which she seemed to imply that model Tyson Beckford is gay after he body-shamed her on Instagram. She insisted in the interview that she has many gay friends, and therefore cannot be homophobic. Check it out, below:

Big Boy's Neighborhood on Instagram: “#KimKardashian went in on #TysonBeckford in her interview with @bigboy”