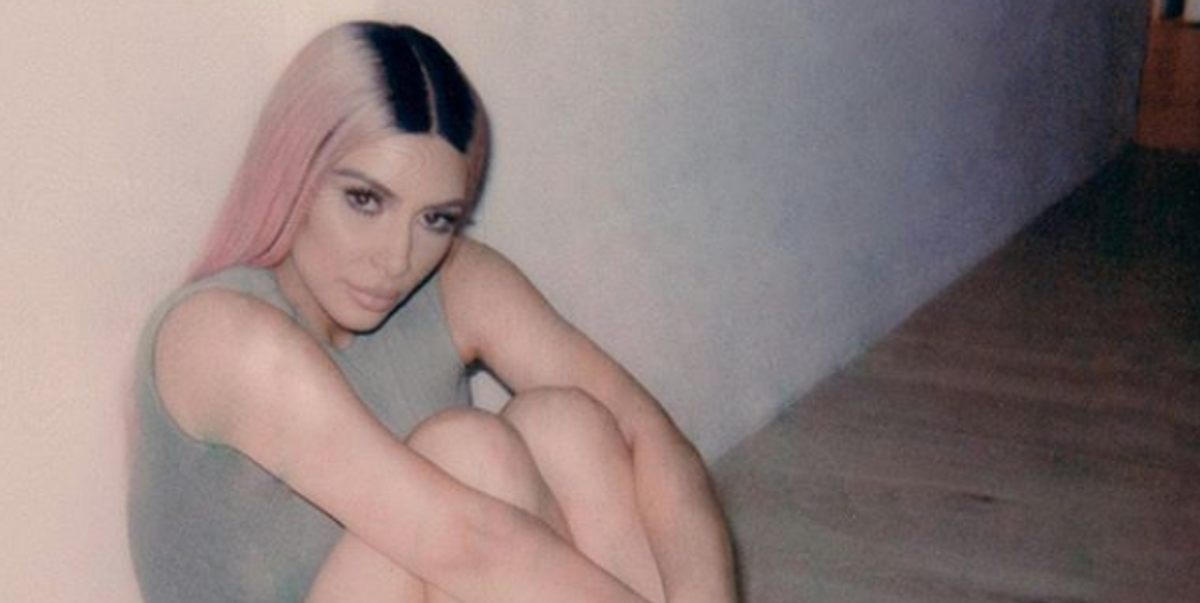 Kim Kardashian Is an Unlikely Minimalist

In a new cover story with Elle, lifestyle guru Kim Kardashian West opened up about her experience using a surrogate, Kanye West's dream project and her ridiculously minimalist home.

"It's a label-less house," Kardashian tells writer Molly Young. Her Calabasas home is reportedly painted and decorated in white, gray and beige hues. Water bottles have labels stripped off, and Kardashian says that her home (which is also apparently super silent, despite three kids, a dog and a rotating door of staff — dressed in logo-less all black, of course) has to be neat given how busy her life is.

"My life is chaotic, so my home is super simple," she says. "Everything has to be clean. No clutter." She also wipes her phone clean every night, explaining, "I can't have a full phone. At the end of the day, I delete everything that's not a current conversation. If I need some information, then I keep it. If not, it has to be deleted. I can't see too much noise."

The minimalist aesthetic works in tandem with Kanye's, given that he once described his home as "an empty white box." Kardashian

"If Kanye had a dream project," she says, "it would be to make a Yeezy product line—like deodorant, every product you could imagine. He would redo them all; he hates how they look."

Kardashian says she is a control freak when it comes to tidiness: "If things aren't organized, I flip out. My kids' clothes have their name ironed into them on little labels. I know where everything is, and I. Do. Not. Lose. Things."

She says she wasn't a control freak in an unexpected area of her life, though — the eating habits of her "gestational carrier" (proper term, she says) during her pregnancy. While she preferred the carrier eat as organically as possible while carrying Chicago, she wasn't intense about it. "I straight-up told her, 'Look, I ate doughnuts every single day. If you want doughnuts and ice cream, go for it. Do whatever you feel. I'm not going to be picky like that. That's just ridiculous,'" Kardashian said.

Read the rest of the profile, including Kardashian's defense her "Bo Derek braids," here.