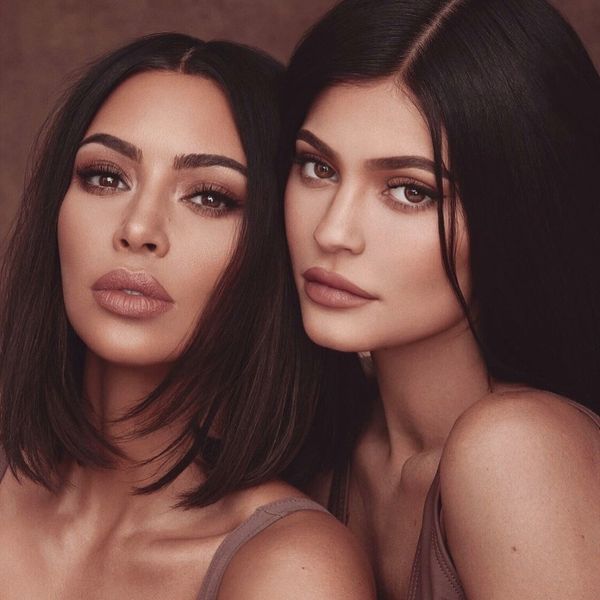 Worried you've run out your favorite KKW fragrance? Don't fret, Kim Kardashian is working on an entirely new perfume with sister Kylie Jenner. The sisters made the announcement on the season 16 premiere of Keeping Up with the Kardashians in a clip where they are seen sampling multiple fragrances.

They also gave us a solid visual of what the fragrance may be packaged like as they're seen turning their attention to a giant lip-shaped bottle. "What we found online is that this ml this looks obviously better on your counter, and it's cuter for people to take pics like this," says Jenner.

Rumor also has it the fragrance will debut through Kardashian's existing KKW fragrance label. No word yet on the launch date of the perfume, and while Jenner does run a multi-million dollar cosmetics enterprise, this would mark her first foray into fragrances.

Both Jenner and Kardashian have previously collaborated on a range of lip products for Kylie Cosmetics, which was a hit among their shared followers. It's likely this new unnamed perfume will follow suit.