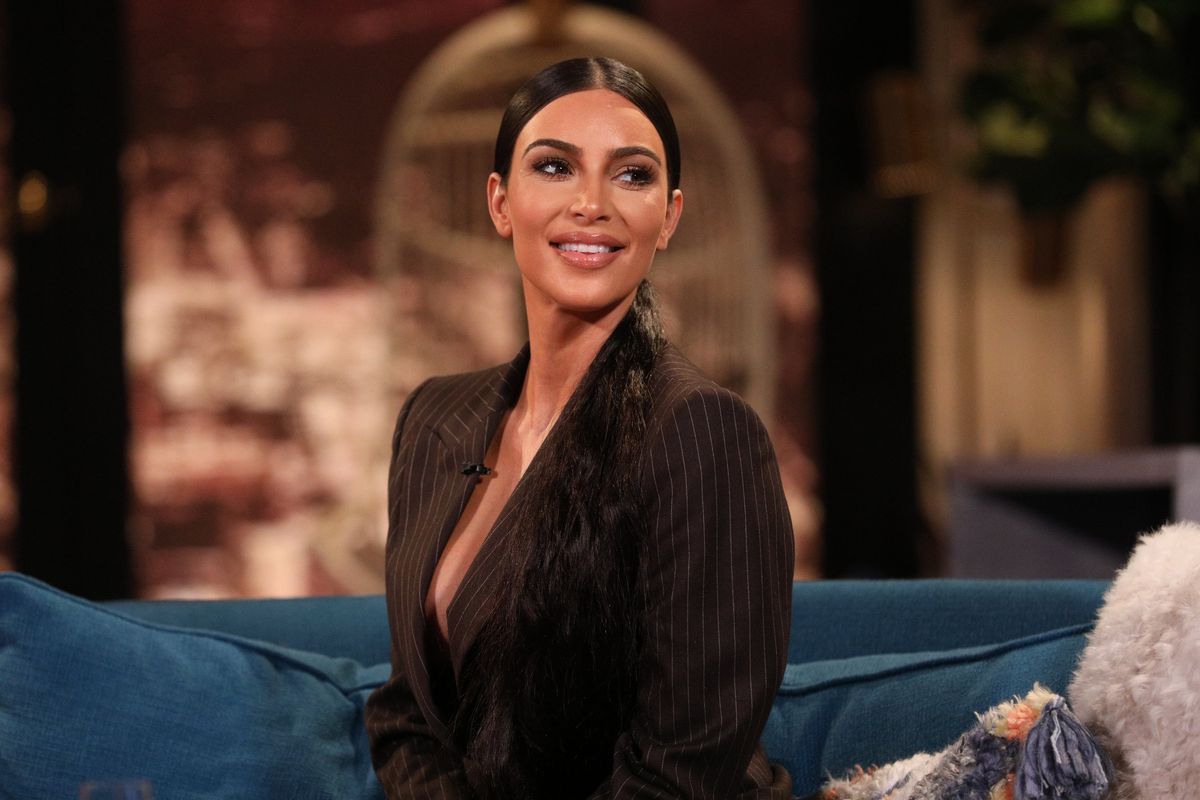 As Instagram has proven, the Kardashians always throw the best themed parties — from Stormi's “Stormi World" bash, to True's pink unicorn and butterfly pastel fantasy wonderland. And now that Kardashian-West baby number four is on the way, Kim Kardashian decided to celebrate in the name of her soon-to-be-born baby boy with a CBD-themed shower.

“Because I’m freaking out, and the baby is coming in two weeks, I thought what better way than to celebrate with a little CBD,” she explained to her guests, which included Paris Hilton, Chrissy Teigen, Larsa Pippen, her mom Kris Jenner, and her sister Kourtney Kardashian. The event, which was organized by their go-to planner Mindy Weiss, was set in the middle of an open green field. Yoga mats and small chairs were set, and of course, there were some of what looked like marijuana plants among the flowers for decorative purposes.

The baby shower not only served CBD treats to the guests, but also had a staff of CBD experts who treated the attendees with some relaxing CBD spa treatments.

"I thought it was kind of ridiculous to have a fourth baby shower. But I thought I'm freaking the fuck out having a fourth kid. So everyone have a puff and put on some oil,” KKW added.

This has something that Kim’s been planning to do for a while. She told ​E! News​​​​ in an interview earlier this month, "I just want massages." She also wanted to have "a tea ceremony with crystals" and alcoholic beverages because "we're not pregnant."

​TBH, this all sounds like the perfect baby shower. Now if only giving birth and raising a child could be this chill, too.