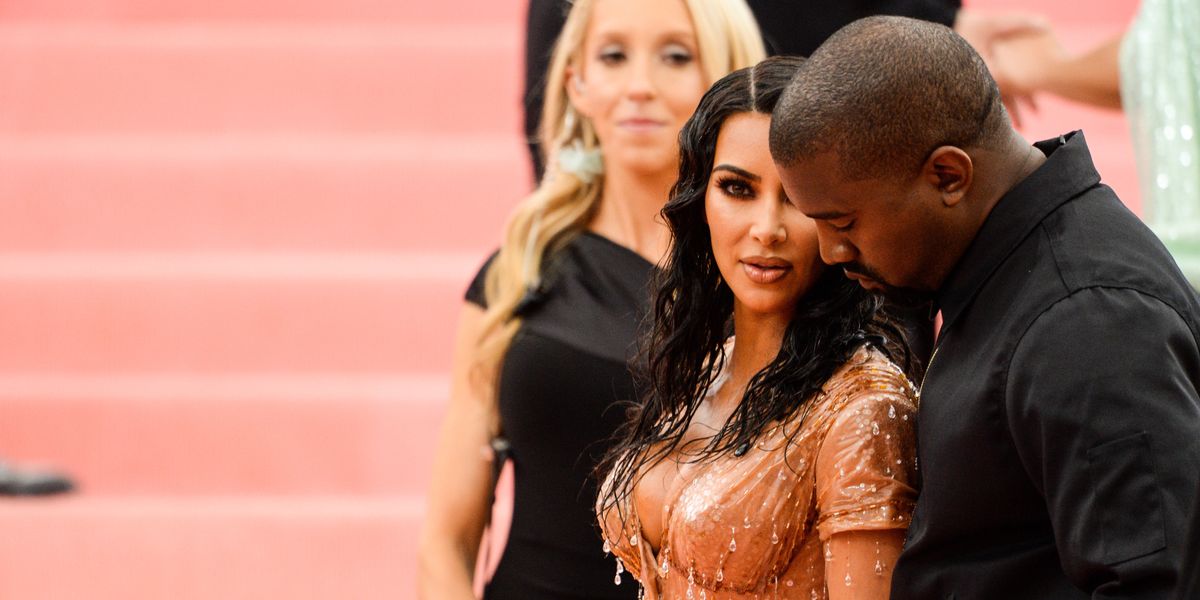 When Kim Kardashian debuted her custom Mugler look at the Met Gala earlier this year, Kanye West was standing right beside her looking like he didn't want to be there. His wife had spent eight months working with designers to create a dress so tight she was physically unable to pee while wearing it; Kanye wore a Carhartt jacket. The contrast seemed off at the time, and now we know why.

On last night's episode of Keeping Up With the Kardashians we learned that Kanye essentially slut shamed Kim for the skintight look, triggering her anxiety and ruining the couple's night.

"Like the corset, underwear, all that vibe, I just feel like I just went through this transition of being rapper, and lookin' at all these girls," Kanye told Kim back in May. "And then looking at my wife like, 'Oh, my girl needs to be just like these other girls, showing her body off, showing this, showing that... I didn't realize that that was affecting my soul and my spirit as someone that's married and loved, the father of what's about to be four kids. A corset is a form of underwear. It's hot. It's like, it's hot for who though?"

Kim didn't appreciate the feedback. "The night before [the Met Gala] you're going to come in here and say you're not into the corset look?" she asked. "You're giving me really bad anxiety... I don't need any more negative energy." Kanye replied, "You are my wife and it affects me when pictures are too sexy."

To her credit, Kim didn't cave. "You built me up to be a sexy person and have confidence! Just because you're on a journey and you're in a transformation, doesn't mean I'm in the same spot with you," she argued.

Kanye unfortunately has a long history of controlling his wife's image, especially when it comes to fashion. She's said in interviews that he habitually emails her moodboards, has banned her from wearing oversized sunglasses, and once made her cry by throwing away her entire closet — reducing her 250 pairs of shoes to two pairs. It's admittedly odd that he'd complain about a Mugler ensemble, because Kim's Met Gala dress is exactly the kind of high concept 'fit he pushed on her when they first got together. It's real couture, as opposed to Juicy Couture.

Another disappointing Kanye West moment to round out his already nightmarish 2019. Please, please note that the only valid complaint about Kim's dress was that it didn't fit the "Notes on Camp" theme.