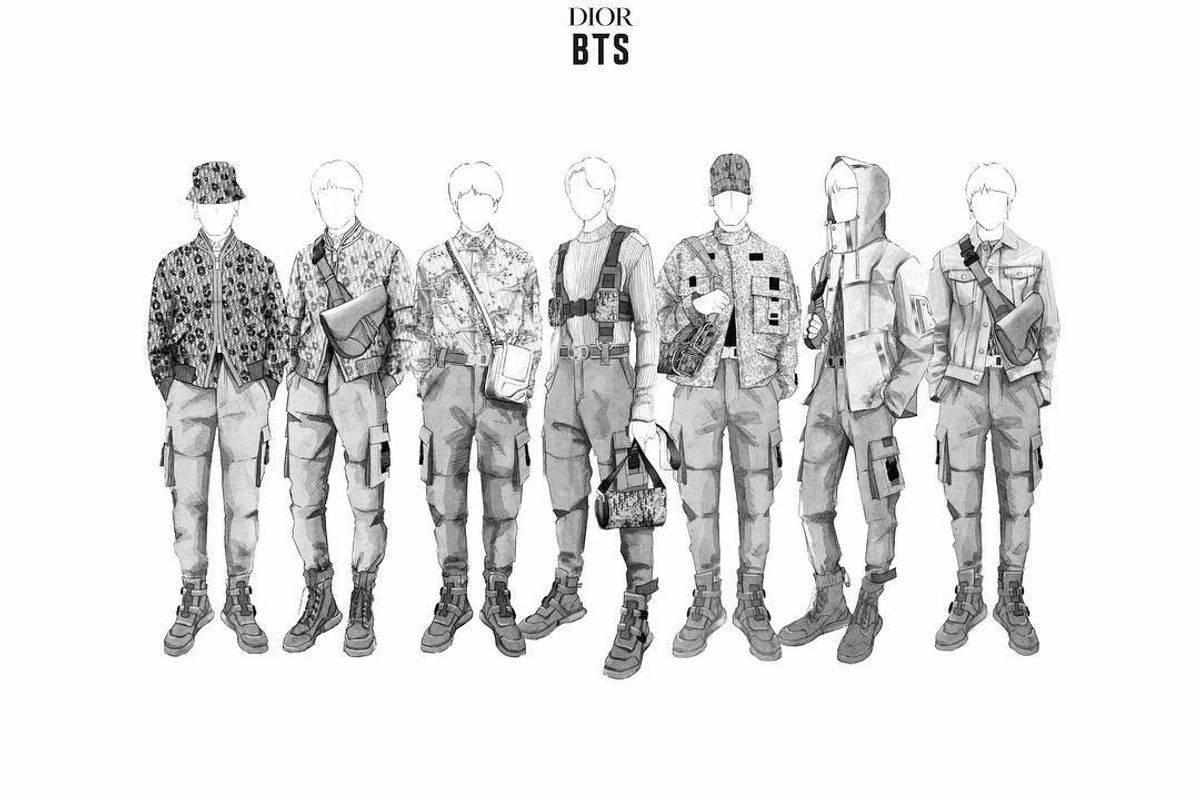 K-pop kings BTS are getting the royal fashion treatment they (and their stans) deserve for their upcoming world tour. Menswear god and Dior artistic director Kim Jones will be personally designing the boys' ensembles, which they'll wear to perform their new album, Map of the Soul: Persona, which recently went number one, becoming their third chart-topping album in two years.

Jones announced the collab on Thursday with a sketch of seven military-style looks with strapped up boots, techy jackets, harnesses and over-the-shoulder fanny packs: basically the height of menswear cool right now. He's created "a series of seven stage costumes for the band based on the modern and utilitarian sportswear silhouettes of [Kim Jones'] men's pre-fall 2019 collection and its futuristic spirit."

@mrkimjones on Instagram: “Excited to announce the tour costumes for @bts.bighitofficial by @dior”

According to the LA Times, BTS and the Paris-based luxury designer met earlier this year and found they had fashion synergy, which makes sense: BTS' have developed an eclectic, but ever-chic style repertoire, which mixes classic hype beast fare with Korean styles, as well as flamboyant statements.

"I love BTS because they are really great guys and also super into fashion," Jones said in the announcement. "Everyone I know is kind of crazy about them."

It's the first time Jones has ever designed for a musician's tour, so it's pretty incredible to see Korean artists be the ones to inspire him to try it out — and to be treated with such care from a major luxury designer in general. BTS' tour kicks off on May 4 in LA, and rumors are wafting around that they might be in attendance at Monday's Met Gala. Perhaps wearing Dior? If they haven't picked out their outfits yet, we have a few ideas.