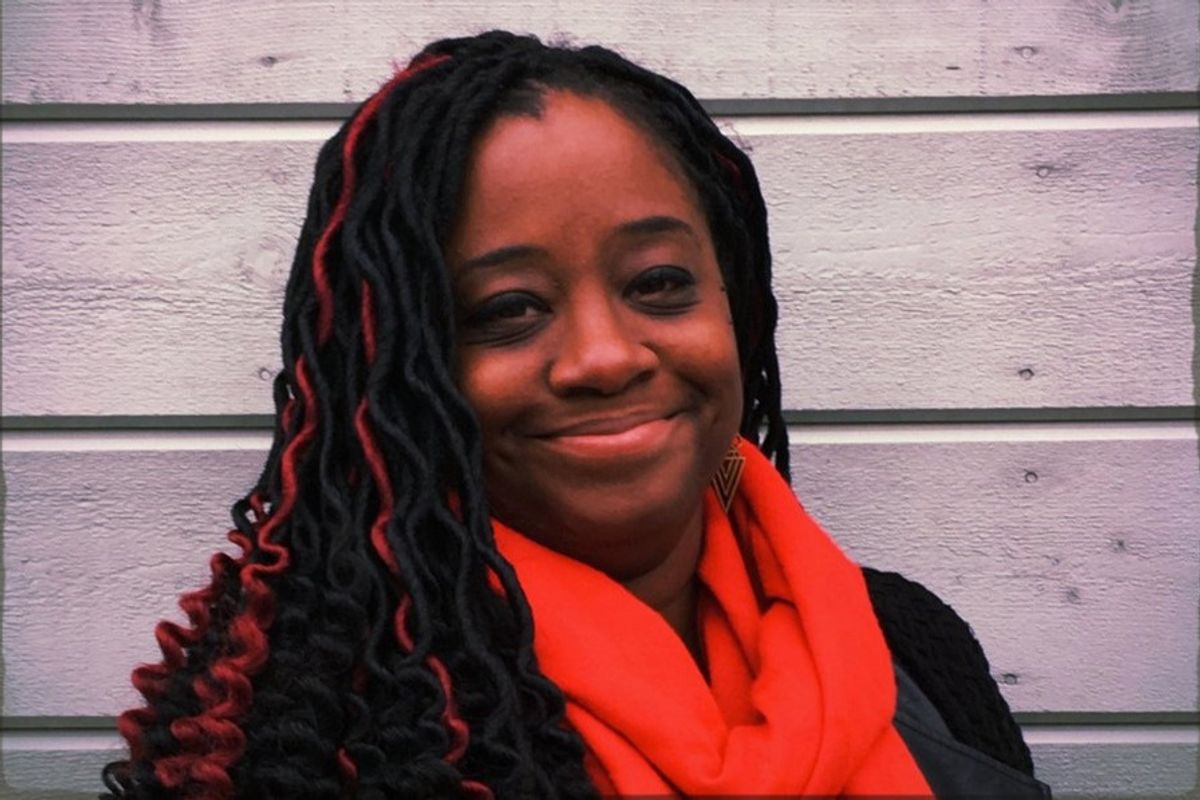 Kiah Morris was elected to the Vermont House of Representatives in 2014 and has the last four years advocating for racial justice, health-care access for Vermont residents, and women's, workers and low-income rights—and four years enduring racist abuse, harassment and threats on and offline.

The Democrat, called "one of the strongest voices for women and minorities in Vermont politics," had already been convinced not to seek reelection this year, but this week decided that the risks to her and her family simply weren't worth it any longer. She resigned, effective immediately, on Thursday reports The Washington Post.

Morris was the only Black woman in Vermont's House, and one of only five (now four) people of color serving in the state's 180-member legislature.

She announced her resignation on Facebook explaining that she needed to step away from her policy work to focus on her and her family's health and safety:

Vermont state senator Dick Sears told the Bennington Banner: "I wish her and her family nothing but the best" and that it would be "hard to match her enthusiasm and commitment."

"Kiah has been an excellent representative for the people of Bennington on so many issues, and has been a strong voice for equity and social justice in the Statehouse," Bernie Sanders told the Burlington Free Press.

Watch her 2016 floor speech calling for the adoption of the Black Lives Matter Resolution:

The Post reports that harassment escalated during the 2016 Presidential election, consistent with the nationwide increase of white supremacist organization and activity. Neo-nazi flyers and posters were posted to the Bennington Democratic Party office, and recruitment flyers were left all over town.

After she won the Democratic primary the following August, a racist cartoon of Morris was posted to Twitter, showing a photo of Morris captioned with: "S---, I be representin dem white m---f--- of Bennington, gnome sayin?" The creator of the racist post, whom Morris would later be granted a restraining order against, told a local Bennington paper that it was meant to demonstrate "the absurdity of a black woman being a Vermont state representative."

Harassment became a regular part of Morris and her family's lives, heightened by her 2017 reelection campaign. Her home was invaded and swastikas were carved into the trees on her property. Her 7-year-old son saw a death threat sent to her house.

The most recent wave of harassment coincided with her husband's open heart surgery.

The Vermont Attorney General is currently the process of investigating the threats. They took over the case after Morris and her lawyers accused the Bennington Police Department of failing to adequately investigate the threats.

"It is not that I see myself as somehow better than any other individual on planet Earth, for real," she told the New York Times. "But to know that as an elected official and as a person of prominence that I couldn't even find the protection and the justice that my family deserves so that we can have a sense of peace—that we weren't able to access that, that the system was not there in the ways that we needed—that is stunning."

Morris's experiences are all too typical of the harassment and abuse people of color, and Black women in particular, who reach public-facing positions of power face. These patterns of violence disincentivize marginalized people from pursuing such positions, adding another layer on top of the many discriminatory institutional barriers already that make career-climbing journeys more difficult than those of their white counterparts.

The former representative has received a flood of messages of support, pride and solidarity on social media. In response to those who accuse Morris as "giving up," she explained to the Times that it shouldn't fall on her or any one individual to singlehandedly take on violent racism at the expense of her safety and happiness. "It's on each and every one of us," she said.

Morris has hope, however, and says that many Vermont residents are expressing that they see the situation as a call to action to make the predominantly white state a safer place for people of color.

Morris's community of supporters have started a GoFundMe to help "legal fees and living expenses as Kiah fights this hate and cares for her husband during his 3-month recovery period."

You can donate here.

@KiahMorrisVT So sorry you need to make this choice to continue as a viable resource for your family. @SenSanders… https://t.co/oioqG7XPO1
— Melly Holloway (@Melly Holloway)1538001264.0

@KiahMorrisVT I just read what was happening and am ashamed for Vermont. I wish you would stay, but understand why… https://t.co/HJwuqZTbs5
— Mariah (@Mariah)1537918094.0