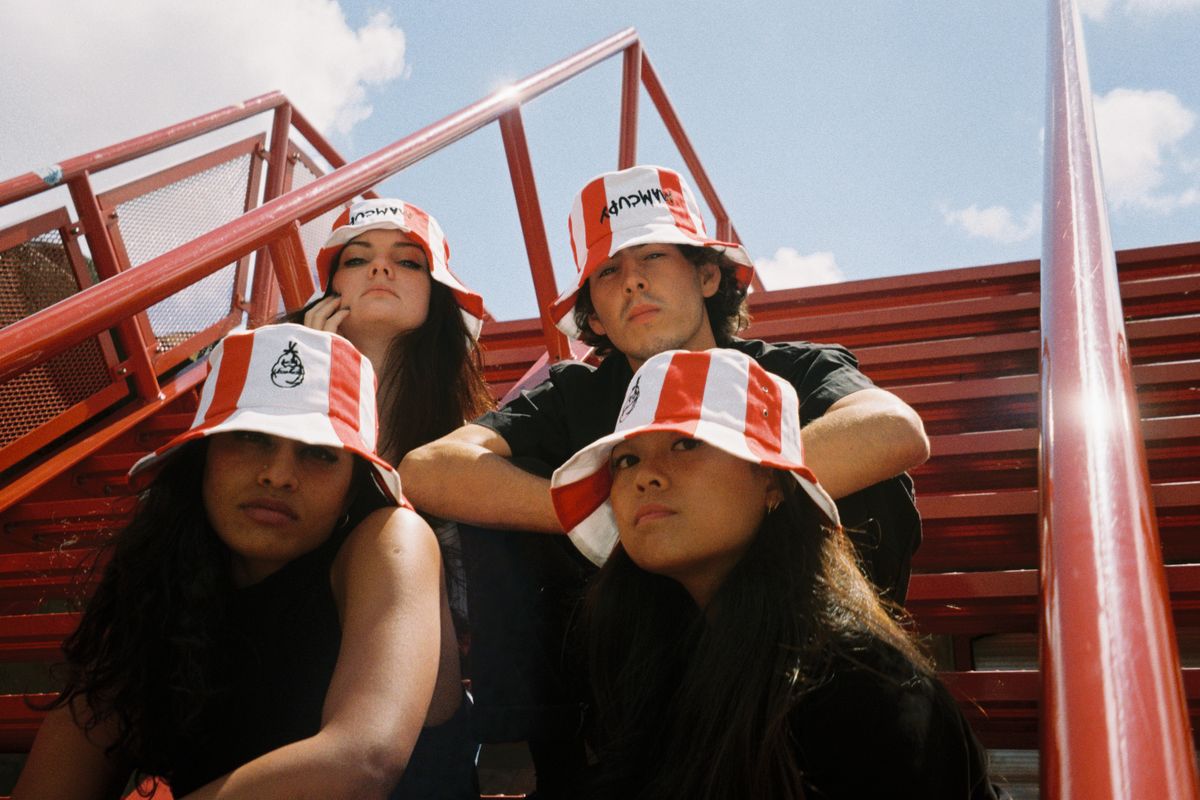 Would You Wear KFC Russia's Chicken Bucket on Your Head?

It's no secret that fashion and fast food have had long, well-documented love affair with one another. Whether its Katy Perry's post-Met Gala burger dress or McDonald's own interpretation of Balenciaga's square-toed mules, the link between the two industries runs deep, even if it still does manage to raise a few eyebrows.

As a part of an on-going rebrand for the chain's Russian wing, KFC leaned into novelty today with the launch of their new limited edition bucket hats. Deliberately designed to look like an upturned bucket of chicken with upside-down logos and the brand's iconic red and white stripe pattern adorning the hat, KFC enlisted the help of Russian streetwear label Mam Cupy to help make this literal interpretation a greasy reality. A short film released alongside the announcement of the collaboration asks the philosophical question of whether "it's a bucket?" or "a hat?" before settling on an arguably more disturbing third option of "why not both?"

​This isn't the first time that the American fried chicken chain has dabbled in the world of high fashion. Last fall KFC collaborated with Bape founder and streetwear pioneer, Nigo, on a limited capsule collection for Human Made. The minimal, utilitarian collection borrowed imagery from KFC's archives to create a line of jackets, tees, hats, and bandannas that pay tribute to the brand's mascot, Colonel Sanders.

The limited edition KFC bucket hat is now available through Mam Cupy's online store. If your hungry for more check out the collab's lookbook below.