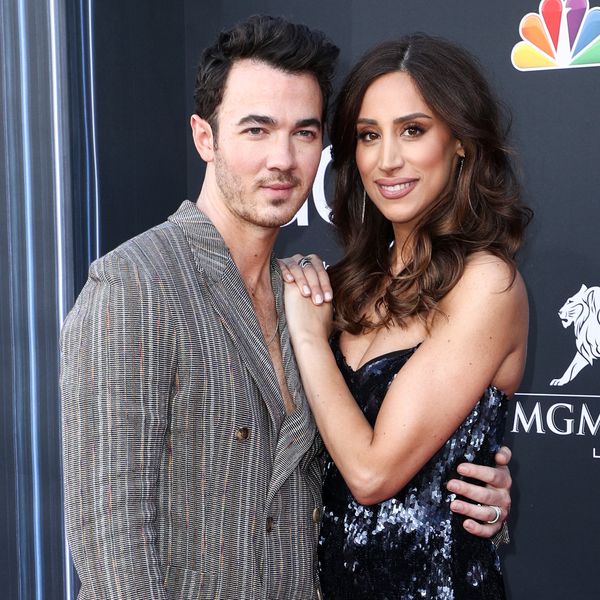 You Will Never Find Love Like Kevin and Danielle Jonas

In December of this year, Kevin and Danielle Jonas will celebrate their 10th wedding anniversary, and Danielle's recent Instagram story shows that their love hasn't waned a bit since the early days of their marriage.

Since the Jonas Brothers are prepping for the release of their comeback album, Happiness Begins, and brand new summer tour, it's reasonable to believe that the eldest Jonas has had to spend some time away from home. Like a lover away fighting in the war, however, he left Danielle an assortment of letters to open, expressing his undying love. One of them even has two cuddling foxes on the front!

This isn't the first time Kevin and Danielle have given the world major relationship envy; this tale as old as time has some deep roots, beginning with the fan-favorite reality show, Married to Jonas. Of course, pre-Married to Jonas, there were the various Tiger Beat and J-14 articles and quips. Future Mrs. Jonas' final hopes were decimated, though, after watching the couple go about their daily lives on E! over the course of the show's two seasons.

From vacations to home-cooked dinners courtesy of Chef Kevin, the first years of the married couple's lives together left all those living the single life sending out an "S.O.S." for true love. Now that all of the Jo Bros are claimed, those still holding out hope for entering into the "Burnin' Up" dynasty should perhaps try their luck with the still-single members of the house of "What Makes You Beautiful." Otherwise, you'll end up looking like Joe in the pic, below. A desperate stan does not a married one make.

💋Danielle💋 on Instagram: “Happy Valentine’s Day .. I had to put this up also!”