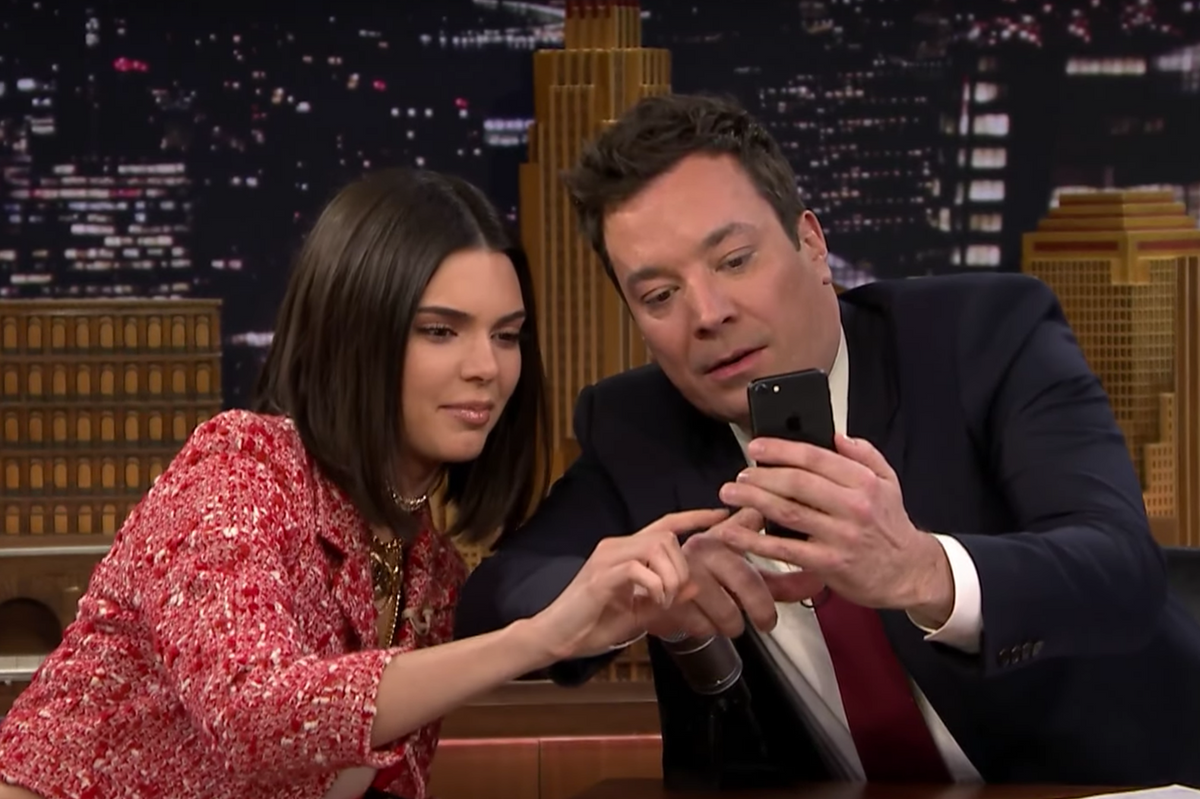 Have you ever wonder what Jimmy Fallon would look like as a model? Right. Neither have we. But, then again, nobody ever really wondered what a picture taken by Kendall "The Photographer" Jenner would look like either—and yet, here we are, two months into 2017, and the oldest Jenner just landed several covers (as a photographer) for Katie Grand's iconic LOVE Magazine.

Last night, Kendall, wearing a full Chanel look, stopped by The Tonight Show to talk about her new career as a photographer. Speaking on her history being on the other side of the camera, the model said, "I used to just shoot my friends. I love capturing a moment, being very candid, and just hanging out." She also offered her opinion on authenticity, noting that, "It's a lot more authentic to just capture a photo on film."

After conveniently noticing that Kendall had "brought her little camera," Jimmy Fallon then asked the model-cum-photographer if she would like for him to model for her. Of course, she obliged.

The shoot began with Jimmy putting on his best fierce-face while he rested his head in his hands, and ended with the talkshow host volunteering to replicate Kendall's now-iconic Vogue pose on top of a horse. As Jimmy stood on his table, Kendall fully entered her role as a photographer, shouting various reassuring one-word lines like "Strong!" and "Amazing!