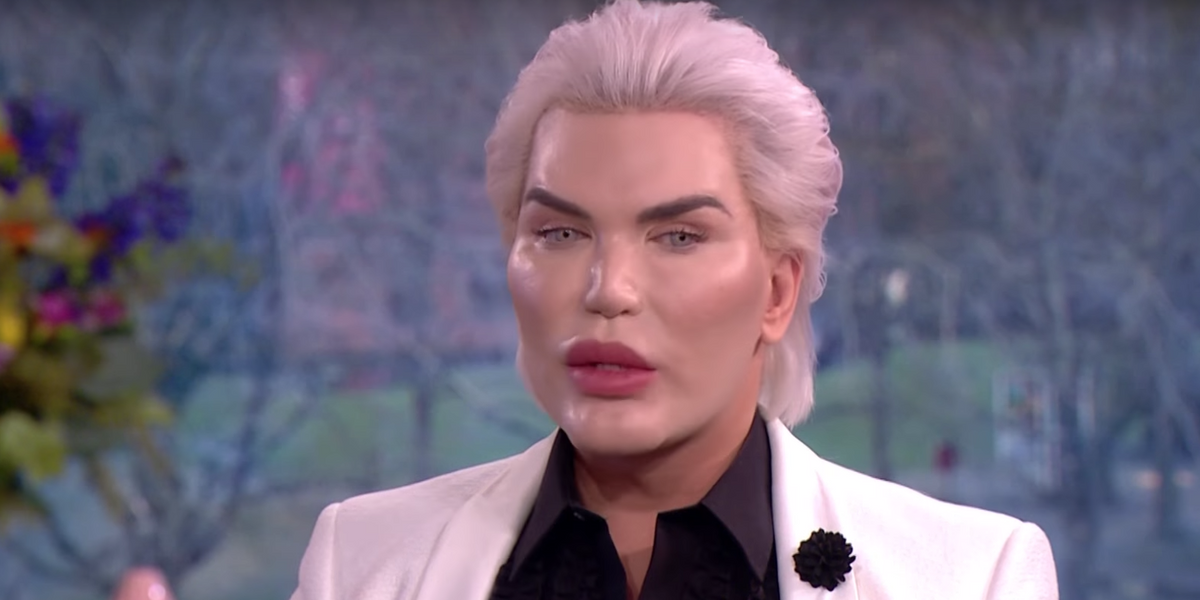 Famous plastic surgery junkie, Rodrigo Alves, who has made headlines in his quest to become a human Ken doll, appeared on British television to reveal the results of his latest procedure: rib removal. For good measure, he also brought his ribs with him in a jar just so it really hit home. Removed ribs: the must-have spring accessory for 2018?

The 34 year-old Brazilian is the first man to ever have his ribs removed. To clarify, he lost four ribs — his original request for six to be taken out was deemed "too risky" by doctors — all of which he kept. Why did he alter his body so dramatically? So that he didn't have to alter his blazers.

"So I can do my blazers up without having to breathe," he clarified to the bemused hosts.

Alves underwent the surgery just two weeks prior to his interview, appearing in a full suit and corset to reinforce his spine, now that he's lacking in support.

While the hosts continue to express concern as to the wellbeing of his internal organs and general health, Alves reassures them he is happy in his decision.

"Yes, there is contentment in my soul, plastic surgery has changed my life. From water to wine." Same.

Trigger warning: if you're squeamish, perhaps prepare yourself or avoid the quick pan to the ribs in the jar around 0:38. Watch, below, and marvel at the wonders of modern medicine.