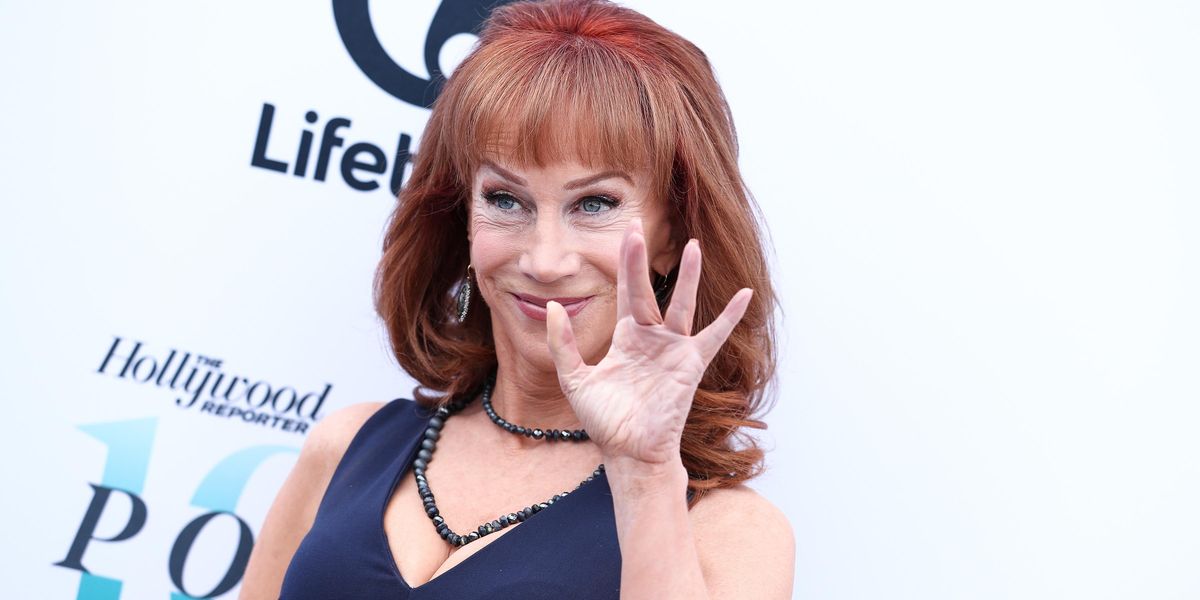 
After initially defending a photo first posted by TMZ of herself holding Donald Trump's bloodied head, Kathy Griffin has bowed to public pressure and apologized for the act, saying "I sincerely apologize. I went way too far. The image is too disturbing. I understand how it offends people, it wasn't funny, I get it."

Naturally, Donald Trump weighed in on Twitter, saying that his children were disturbed by the image:

Kathy Griffin should be ashamed of herself. My children, especially my 11 year old son, Barron, are having a hard time with this. Sick!
— Donald J. Trump (@realDonaldTrump) May 31, 2017

This might be the most united the country has been in a long, long while. If there's one thing America can agree on, apparently, it's bad art.

Kathy Griffin has landed herself in some hot ham water for a viral video in which she holds up the bloodied, fake decapitated head of Donald Trump:

Griffin's video immediately drew backlash, mostly from conservatives but from some liberals too:

This is vile and wrong. It is never funny to joke about killing a president. https://t.co/zIiuKoMyFw
— Chelsea Clinton (@ChelseaClinton) May 30, 2017

On the whole Kathy Griffin photo, please don't let the narrative become "Trump supporters are outraged..." - this can't be a partisan thing.
— Joe Concha (@JoeConchaTV) May 30, 2017

HELLO IT IS I THE SPOKESMAN FOR THE MEDIA LEFT HERE TO SAY THE KATHY GRIFFIN THING SUCKS AND... IS BAD. PLEASE EMBED THIS TWEET ON BREITBART
— Luke O'Neil (@lukeoneil47) May 30, 2017

Some saw a sliver of humor in the situation:

Kathy Griffin is basically the Ann Coulter of the left - will do or say anything to remain relevant enough to collect a paycheck.
— Josh Jordan (@NumbersMuncher) May 30, 2017

Just look at us! Right and left. Conservative and liberal. All coming together to bash Kathy Griffin. We are truly one America 🇺🇸
— ThisTallAwkwardGirl (@thistallawkgirl) May 30, 2017

Kathy Griffin at the pitch for that photo shoot: pic.twitter.com/kPCTbyTVBo
— Brooke Rogers (@bkerogers) May 30, 2017

While Griffin herself defended the choice as artistic freedom and political expression befitting the current climate:

1. Just spoke with @kathygriffin . She said, unapologetically, that the image of her that's gone viral is an expression of art
— Yashar Ali (@yashar) May 30, 2017

3. She said they were putting together a Trump mask and that led her to think of Trump's infamous statement early on in the primary.
— Yashar Ali (@yashar) May 30, 2017

5. She also said she does not condone any violence, that provocative art should remain just that: art. She does not want life to imitate art
— Yashar Ali (@yashar) May 30, 2017

2/ OBVIOUSLY, I do not condone ANY violence by my fans or others to anyone, ever! I'm merely mocking the Mocker in Chief.
— Kathy Griffin (@kathygriffin) May 30, 2017