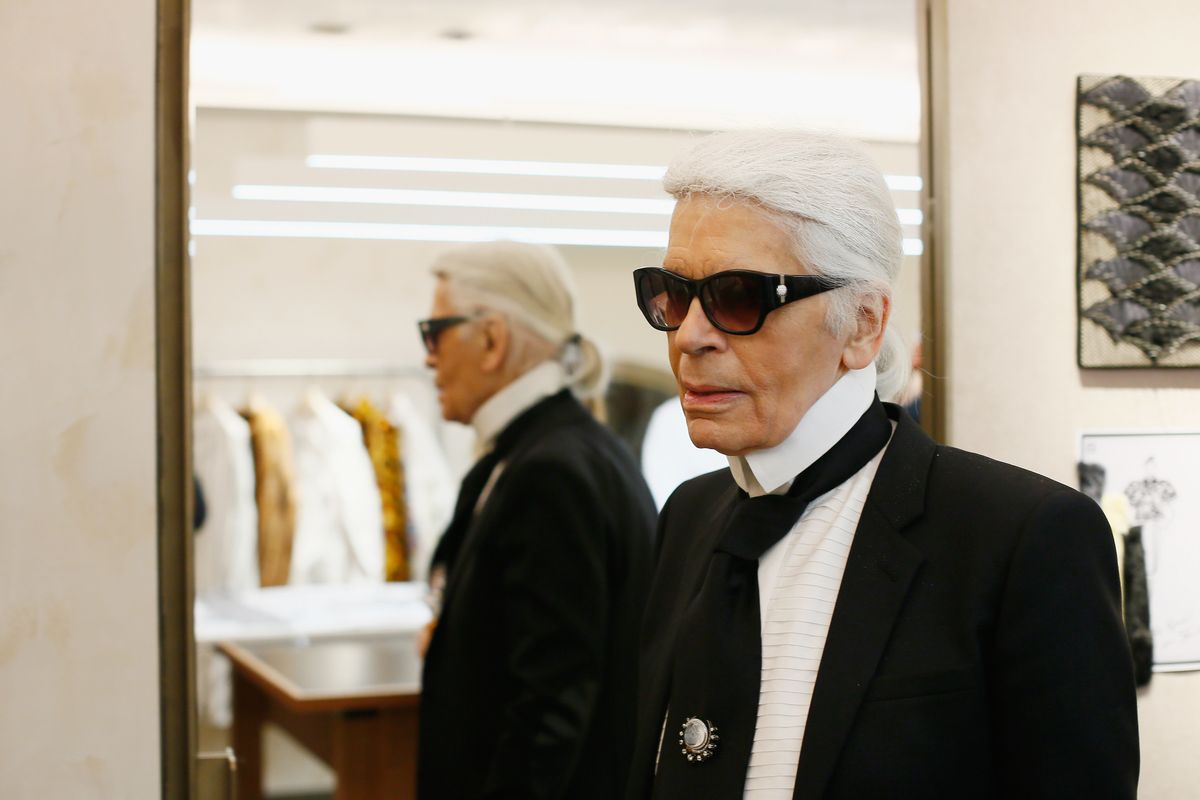 Karl Lagerfeld, a titan of fashion, passed away today at the age of 85. Lagerfeld served as the creative director of Chanel for 36 years, defining luxury. He was a singular figure, an icon.

The Kaiser is a mythic figure, known for so much: his designs for Fendi, Chanel, and his own line; his transformation of both the house of Chanel and the luxury industry at large; his photography; his ponytail; his beautiful cat Choupette. He created a character for himself, made his life legendary.

Lagerfeld was an indelible personality in an increasingly sanitized industry — he spoke four languages and was thoroughly witty and cutting in all of them. And while his outspokenness could get him into trouble, we're very grateful for it. He was just so funny! And so here are our some of our favorite of his many bon mots. Rest in peace, legend.

"I'm a kind of fashion nymphomaniac who never gets an orgasm." – Reuters

"[Choupette] is like a kept woman. She has a strong personality. She has lunch and dinner with me on the table, with her own food. She doesn't touch my food. She doesn't want to eat on the floor. She sleeps under a pillow and she even knows how to use an iPad. She has two personal maids, for both night and day. She is beyond spoiled." – WWD

"Sweatpants are a sign of defeat. You lost control of your life so you bought some sweatpants." – The World According to Karl

"When I was four, I asked my mother for a valet for my birthday. I wanted my clothes prepared so I could wear anything I wanted at any time of the day. I was a clothes freak. And I was mad for dressing differently at least four times a day." – WWD

"I hate intellectual conversation with intellectuals because I only care about my opinion." – Vogue

"I am like a caricature of myself, and I like that. It is like a mask. And for me the Carnival of Venice lasts all year long." – The World According to Karl

"Life is not a beauty contest, some [ugly people] are great. What I hate is nasty, ugly people. The worst is ugly short men. Women can be short, but for men it is impossible. It is something that they will not forgive in life — they are mean and they want to kill you." – Vogue

"If you throw money out of the window, throw it out with joy. Don't say, 'One shouldn't do that' – that is bourgeois." – WWD

"I've always known that I was made to live this way, that I would be this sort of legend." – The World According to Karl